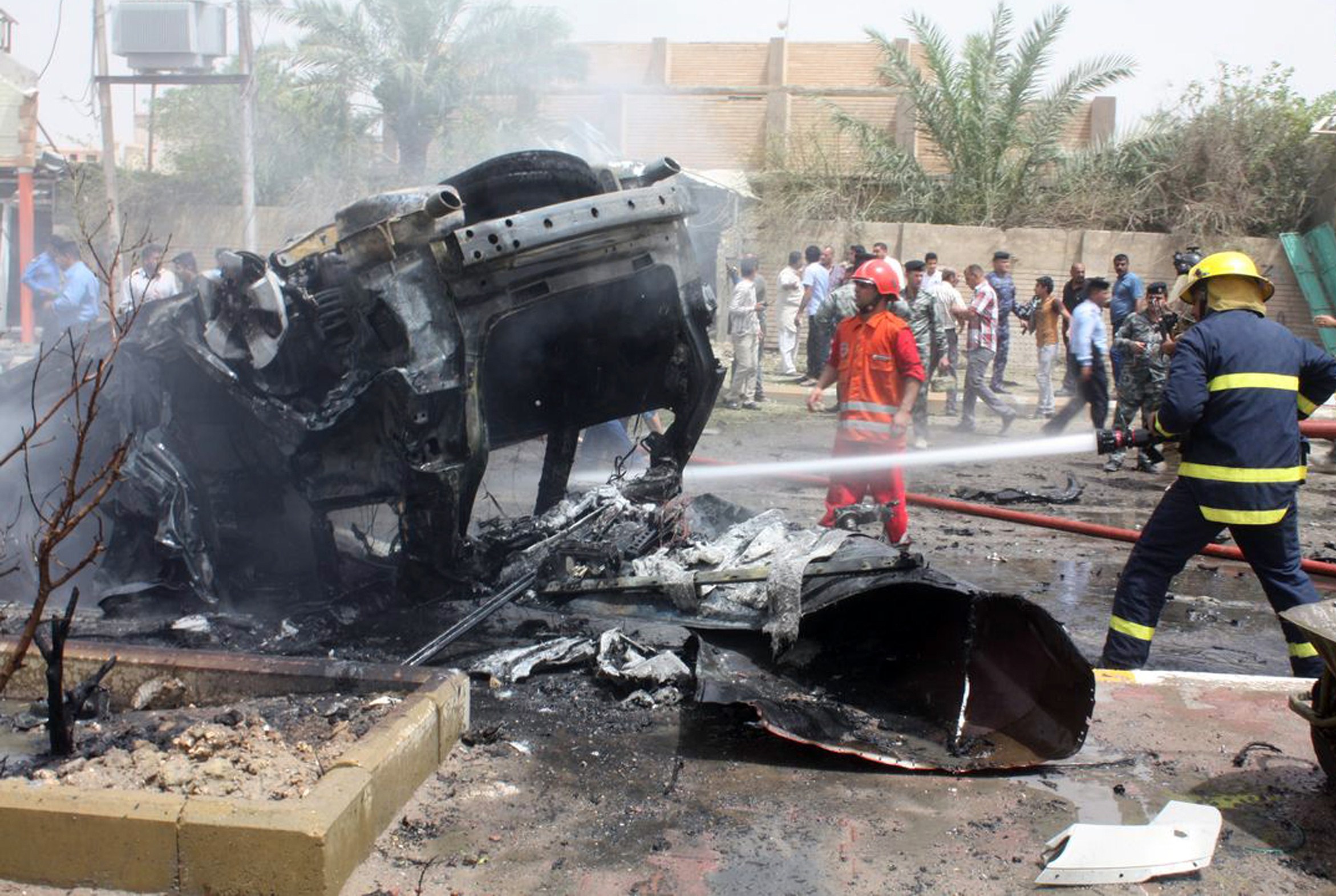 AFP – Attacks across Iraq, including in the normally peaceful south, killed 9 people Monday after unrest a day earlier left 40 dead, the latest in a protracted surge in nationwide bloodshed.

The violence comes as political leaders jostle to build alliances amid what is expected to be a months-long period of government formation following April elections, with bloodletting at its worst since Iraq emerged from a brutal Sunni-Shi’a sectarian war.

A spate of bombs went off around Baghdad and in restive Sunni-majority Salaheddin province Monday, as well as in Najaf and Dhi Qar in the typically quiet Shiite-dominated south, officials said.

In the deadliest attack, three soldiers were killed by a suicide attacker who detonated an explosives-rigged vehicle in Tarmiyah, just north of the capital.

South of Baghdad, a roadside bomb near a secondary school in Mahmudiyah killed a male pupil, and a car bomb near a Shi’a mosque in Iskandiriyah killed two people.

Mahmudiyah and Iskandiriyah lie in the confessionally-mixed “Triangle of Death”, so called for the brutal violence that plagued the area in 2006 and 2007.

The latest violence came a day after 40 people were killed in nationwide unrest, including 22 who died as a result of clashes and shelling in and around the conflict-hit city of Fallujah, which lies just a short drive from Baghdad.

Security forces have shelled Fallujah for months and repeatedly tried to storm the city in a bid to re-take it, but anti-government fighters have held sway over it.

The crisis in the desert province of Anbar, which borders Syria and of which Fallujah is a part, began in late December when security forces dismantled a longstanding protest camp maintained by the province’s mainly Sunni Arab population to vent grievances against the government.

Militants subsequently seized parts of the provincial capital Ramadi and all of Fallujah, the first time anti-government forces have exercised such open control in major cities since the peak of the deadly violence that followed the US-led invasion of 2003.

They have held all of Fallujah since, and protracted battles have continued for Ramadi.

The unrest in Fallujah is part of a year-long surge in nationwide violence that has left more than 4,000 people dead so far this year, according to an AFP tally.

Figures separately compiled by the United Nations and the government in Baghdad showed more than 900 people were killed last month alone, with bloodletting at its worst since 2008, when Iraq was emerging from a brutal Sunni-Shi’a sectarian war.

Officials blame external factors for the rise in bloodshed, particularly the civil war in neighbouring Syria, and insist wide-ranging operations against militants, especially in Anbar, are having an impact.

But the violence has continued unabated, while analysts and diplomats insist the Shi’a-led government must do more to reach out to the disaffected Sunni minority in order to undermine support for militancy.