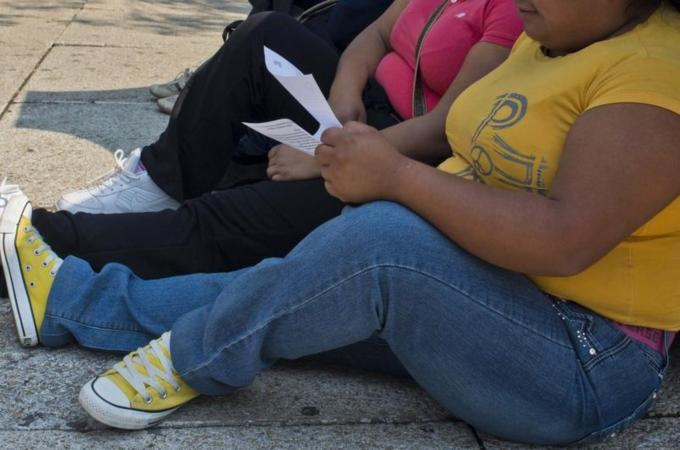 Worldwide obesity has risen to titanic proportions, according to a new study in the prestigious British medical journal The Lancet, with nearly a third of the global population overweight or obese. Of the 2.1 billion overweight, Egypt weighs in, as the 7th most overweight country in the world.

In this longitudinal study published by the Global Burden of Disease Study, the rate of weight gain expanded most rapidly in the Middle East, with Egypt, Libya, Bahrain, Oman, and Qatar ranking among the most overweight countries in the world. In Egypt, nearly 70% of the adult population—about 56.5 million people—are considered to be overweight.

But the obesity epidemic is not simply limited to the region. According to the report, “no national success stories have been reported in the past 33 years,” and it is imperative that the international community take “action and leadership” to fight this growing problem.

More than half of the 671 million obese people around the world are located in only 10 countries: the United States, China, India, Russia, Brazil, Mexico, Egypt, Germany, Pakistan, and Indonesia, according to the study.

Once considered a first-world problem, obesity rates have sky rocketed in the developing world since global statistics began being tracked in 1980, with urban centres hit particularly hard, according to the World Health Organization (WHO). Nearly two-thirds of the world’s obese live in developing countries. The study showed that in developed countries men accounted for a majority of the overweight population, while in developing countries women were more likely to be overweight and obese.

“Obesity is an issue affecting people of all ages and incomes, everywhere,” said Christopher Murray, director of the University of Washington Institute for Health Metrics and Evaluation, and a contributor to the study. “In the last three decades, not one country has achieved success in reducing obesity rates, and we expect obesity to rise steadily as incomes rise in low- and middle-income countries in particular, unless urgent steps are taken to address this public health crisis.”

Being overweight is more than just an aesthetic problem; people who are overweight run an increased risk for cardiovascular disease, cancer, diabetes, osteoarthritis, and chronic kidney disease, with most deaths due to cardiovascular problems, including heart attack and stroke, study authors wrote.

Indeed, diabetes has proven to be especially prevalent in Egypt and across the wider Middle East. The disease affects 11% of the Egyptian population, with that number expected to rise, with Egypt ranking ninth in the world.

Unlike other global health threats such as tobacco and childhood malnutrition, obesity is on the rise.  While member states of the WHO have set a goal of 2025 to stop the increase in obesity rates, the study said this date is “very ambitious and unlikely to be attained”.

“To counter the impending health effects on populations, especially in low-income and middle-income countries, urgent global leadership is needed to help countries to more effectively intervene against major determinants such as excessive caloric intake, physical inactivity, and active promotion of food consumption by industry, all of which exacerbate an already problematic obesogenic environment,” study authors wrote.

Obesity and being overweight are measured by using body mass index (BMI), a calculation based on a person’s height and weight. Those with a BMI over 25 are considered to be overweight, while a BMI of 30 or above categorises someone as obese.