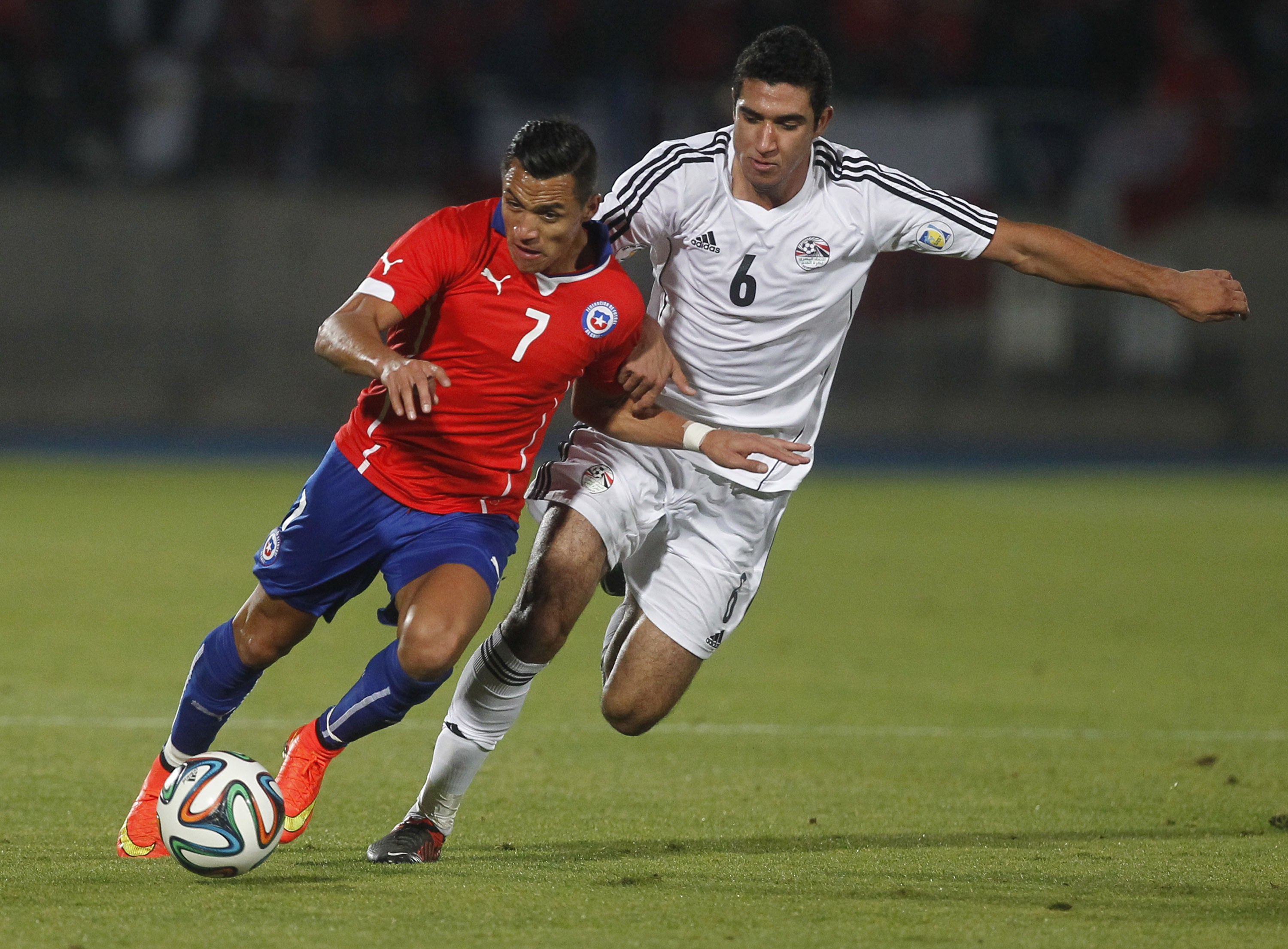 The Egyptian national football team headed to London on Monday to prepare for a friendly match against Jamaica on Thursday.

Last Saturday the Pharaohs put in a strong performance against Chile in Santiago. Egypt took an early two goals lead via Mohamed Salah and Khaled Qamar, but World Cup-bounded Chile managed to turn table in their favour: 3-2.

The friendly matches are part of Egypt’s preparation for the qualification series for the Africa Cup of Nations 2015. In September the Pharaohs will face Senegal in the first match of the qualification.

Coach Shawky Gharib has to shuffle his squad for the Jamaica match, as eight players from Cairo giants Al-Ahly and Al-Zamalek returned to their clubs to prepare for the matches of both teams in the African tournaments on Sunday.

In club football, Al-Zamalek will face Mazembe TP in the Democratic Republic Congo in group A of the CAF Champions League. The White Knights lost their first match in the group against AS Vita, but bounced back with a win over Al-Hilal. As each team in the group gathered three points so far, chances to qualify for the semifinals are wide open.

Al-Ahly, standing first in group B of the Confederations Cup with four points, will meet Sewe Sport in Ivory Coast. Left back Moawad will not join the team due to an injury. Two other injured players for the Red Devils, Mohamed ‘Gedo’ Nagy and Abdel El-Saeed, underwent successful surgeries in Germany this week. They are expected to be out for respectively six and three months.

Last week, the Egyptian Football Association announced the draw for the Egypt Cup. In the round of 16, to be played on 21 and 22 June, Al-Zamalek faces Ghazl El-Mahalla and Al-Ahly plays against El-Minya. The final will be played on 16 July.

Al-Zamalek coach Ahmed ‘Mido’ Hossam denied last Friday on Twitter reports that he would leave the team after this season. Mido, former striker of among others Tottenham Hotspur and Ajax, succeeded Helmy Toulan as coach of the White Knights in January, despite not having managerial experience and only being 30-years old.

Led by Mido the performance of the White Knights did not improve as hoped for. They currently hold the third place in group B of the Premier League and only a win against Ittihad al-Shorta next week could keep their hopes on the league title alive.

The final match of the Egyptian Premier League is scheduled on 6 July. The first two of both groups in the league will play a mini-league to determine the winner of this season.