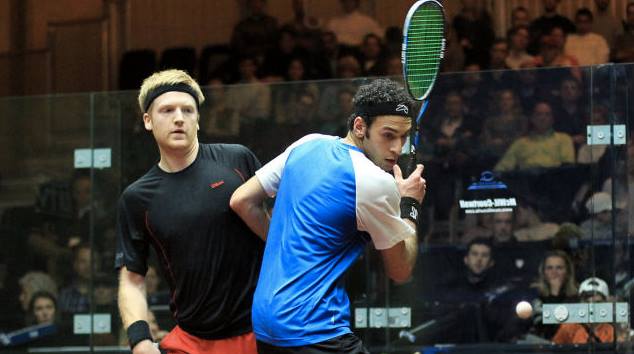 It was the third Tour meeting between the pair – but the first for almost three years, since competition favourite and World No.30, 26-year-old Meguid overtook his older compatriot in the rankings.

Aziz (pictured above, right, with runner-up Meguid) told the packed crowd that he was very pleased with his performance.

The World No.20, winning his fourth career title to date, saw off World No.74 Delierre 11-7, 11-8, 11-7 to end his tournament in empathic fashion cruising to victory. Elshorbagy dropped just one game throughout the tournament.