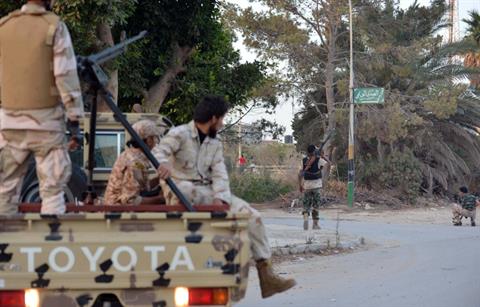 AFP – A suicide bomber killed three loyalists of an anti-Islamist former general at a base outside Libya’s second city Benghazi on Wednesday, one of his commanders told AFP.

Ex-general Khalifa Haftar, who has led repeated deadly assaults on jihadists in the eastern city, was in the base at the time but escaped unharmed, the commander said.

“A suicide bomber in a vehicle packed with explosives attacked a villa where we had gathered,” said General Sagr al-Jerushi, who heads the air wing Haftar has deployed in his attacks.

“Three of our soldiers were killed.”