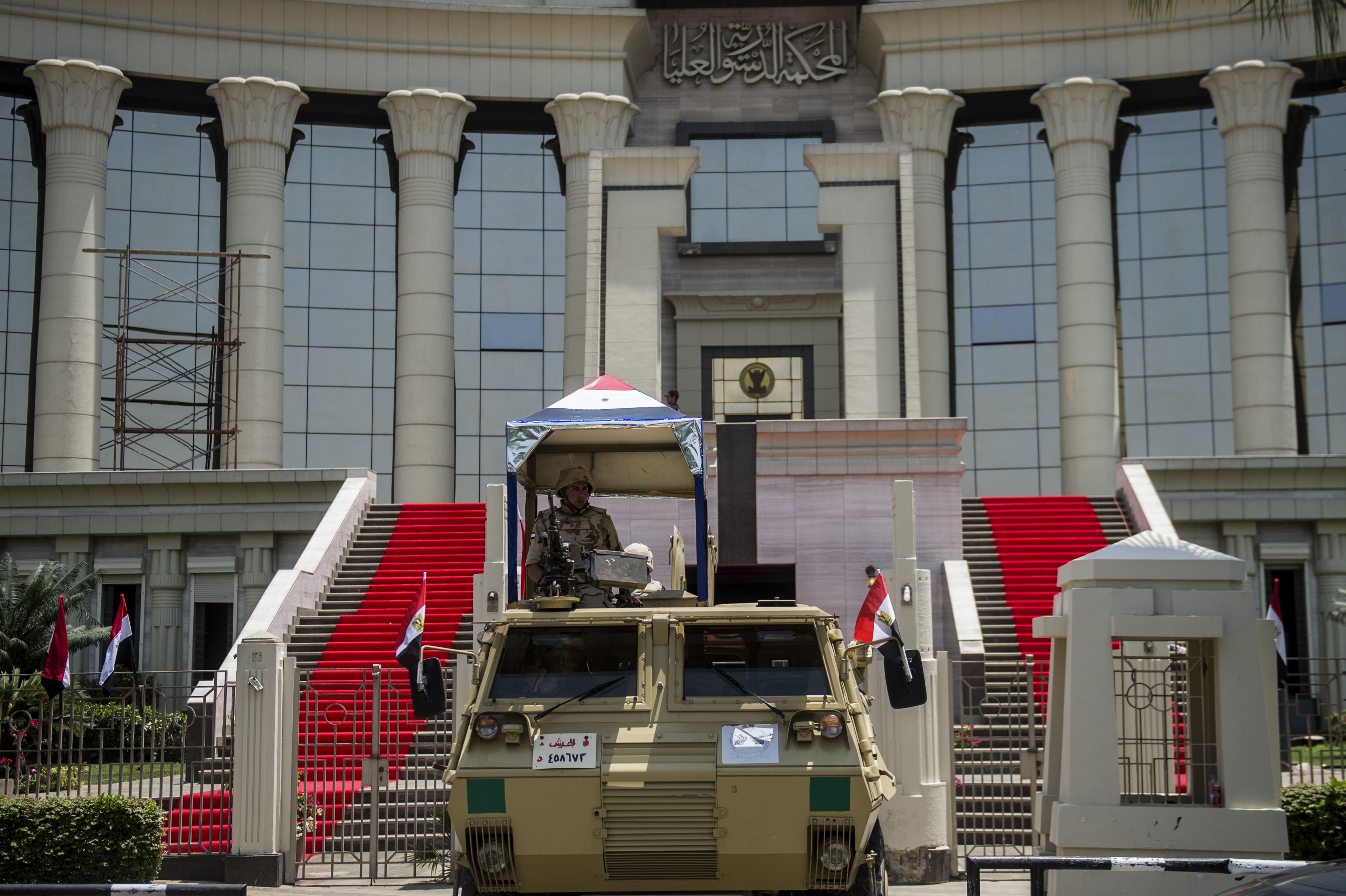 Heads of state, ministers and diplomats are arriving in Egypt to take part in the inauguration of president-elect Abdel Fattah Al-Sisi Sunday, as the country prepares for the Field Marshal’s swearing in.

One of the first delegations to arrive was that of Palestinian Authority President Mahmoud Abbas, who arrived at Cairo International Airport accompanied by a high level delegation, state-run MENA reported.

More delegations are set to arrive, including the US and those of several Gulf states, state-run MENA reported. On Saturday evening, the United States’ delegation was scheduled to arrive, headed by State Department Counselor Thomas Shannon, and will include an official from the Department of Treasury and David Thorne, senior advisor to Secretary of State John Kerry.

Oman’s Sultan Qaboos Bin Said Al-Said will be represented by an official delegation headed by the personal representative of the Sultan, Assad bin Tariq Al-Said.

As a special envoy of Chinese President Xi Jinping, Minister of Industry and Information Technology Miao Wei, arrived in Cairo on Saturday.

French Ambassador to Egypt Nicolas Galey will be representing France in the ceremony; state-run MENA reported citing Roman Nadal, a spokesman for the French Foreign Ministry.

Secretary General of the Common Market for Eastern and Southern Africa Sindiso Ngwenya has arrived to partake in the inauguration, as officials from several other international bodies prepare to land in Cairo.

Al-Sisi was announced president last week, after winning 96.9% of valid votes, totalling 23,780,104, beating the only other contender, Nasserist politician Hamdeen Sabahy. The cabinet on Thursday announced that Sunday, the day of the inauguration, would be a public holiday. A source at the Ministry of Interior’s press office said security forces from the police, army and republican guards will be taking part in securing the day. Security forces will mainly be creating traffic detours.

During the ceremony, the president-elect is set to take the oath-of-office before the Supreme Constitutional Court.  His supporters have scheduled a number of celebrations leading up to Sunday to mark the occasion.

After Al-Sisi’s victory, countries and international bodies were quick to congratulate the former defence minister as well as to recommend the adoption of reforms and guarantee rights.  These include the European Union, which said it trusted that Al-Sisi would tackle “serious issues” including economic problems, “deep divisions within society”, security, and “the rest of human rights of all Egyptian citizens…”

Arab countries and bodies the other hand expressed their congratulations while revelling in Al-Sisi’s victory and expressing trust in his ability to lead the country. Officials from Saudi Arabia, Kuwait, the United Arab Emirates, Bahrain, Yemen, the Palestinian Authority, Jordan, Morocco, and the Arab League and Gulf Cooperation Council issued such congratulatory messages.