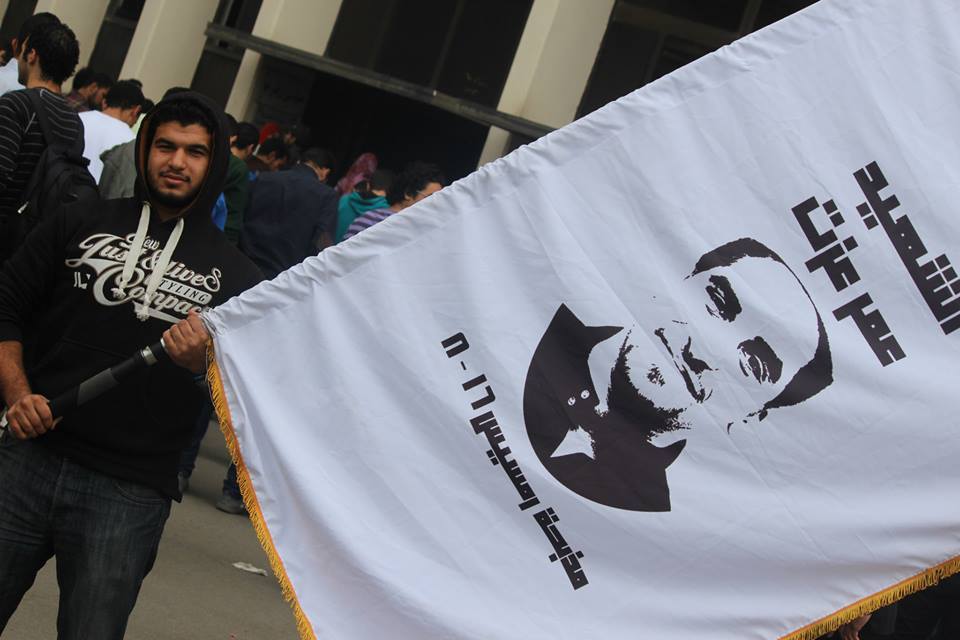 Members of the Students Against the Coup (SAC) movement at Cairo University torched Saturday a security checkpoint outside the University’s Giza campus over the death of a movement’s member.

Islam Ghanem, a student at the University’s Faculty of Engineering, was killed with birdshot amid clashes between the SAC and security forces outside Cairo University on 20 May.

SAC members organised a protest outside Cairo University’s main gate to launch a summer-long event entitled “My summer vacation is a revolution.” The SAC movement members plan on continuing their protests against former president Mohamed Morsi’s ouster throughout the summer vacation.

Protesting students, including some already expelled from the university in light of clashes with security forces, then pelted a security checkpoint outside the university gate with Molotov cocktails. A statement by the movement said burning down the checkpoint comes in reaction to the death of Ghanem.

The Ministry of Interior said the torching of the security checkpoint left behind “partial damage”, adding that security forces were able to break up the SAC protest.

Ghanem’s death brings the student death toll this academic year to 16 said Mohamed Abdel Salam of the Association for the Freedom of Thought and Expression’s Student Observatory. The observatory is an independent group that monitors the political climate on university campuses.

The Supreme Council of Universities signed in February a protocol with the Ministry of Interior to secure university campuses. The protocol authorised security forces to be present outside universities and only interfere on campuses with the permission of university chairmen.

Until 2010, the Ministry of Interior was responsible for providing Homeland Security personnel to secure universities. The Supreme Administrative Court banned this decision, establishing “administrative” university security. The decision came into effect after the January 2011 uprising.