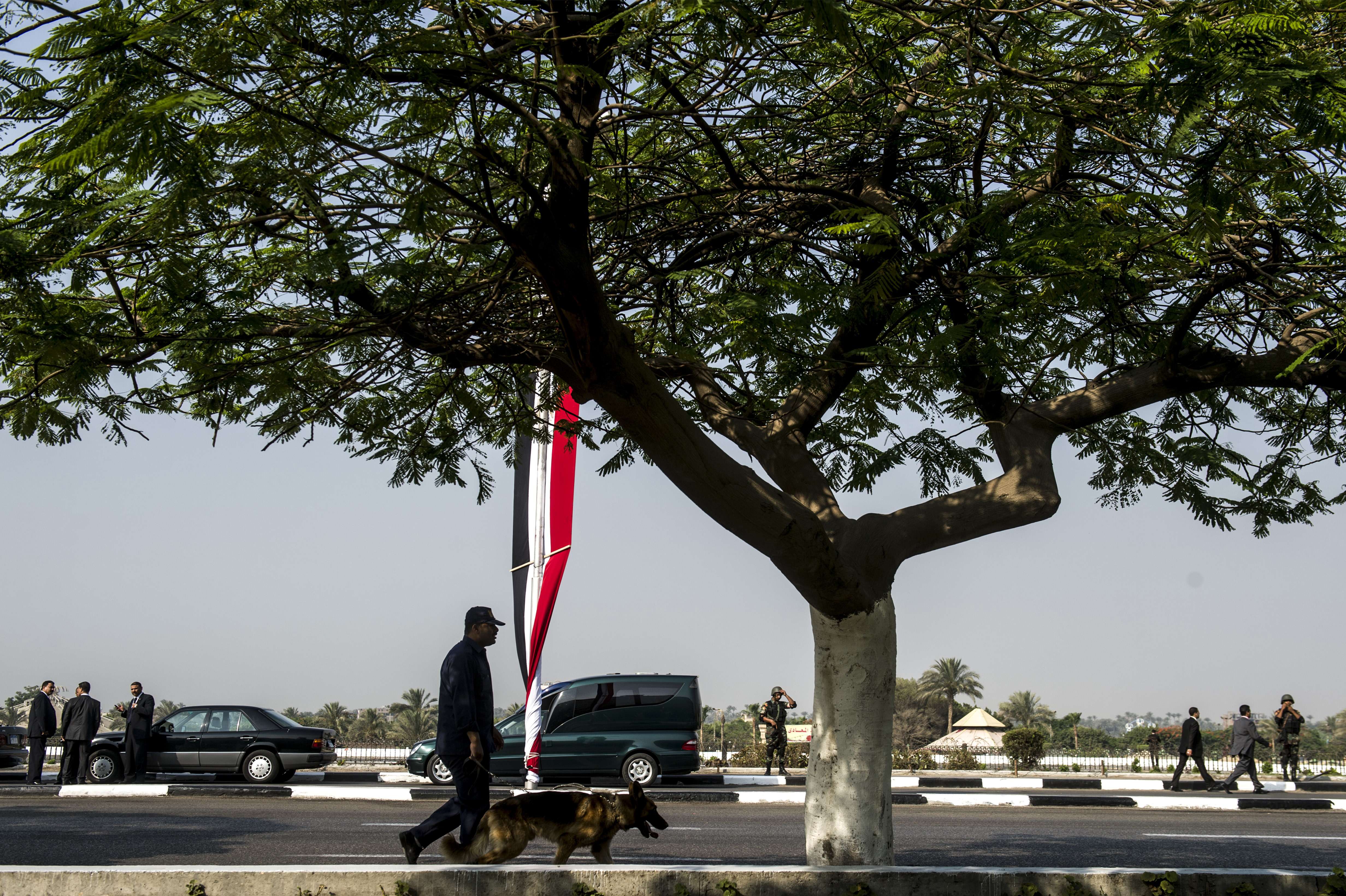 General Hany Abdel Latif said that security forces were on high alert and are securing all the major squares across the country.

“Tahrir Square is closed off to vehicles but metal detector gates were set up for pedestrians,” said the General Abdel Latif.

High school students continue to take their exams as scheduled, despite the cabinet’s announcement that Sunday would be a national holiday.

Since dawn, the premises of the SCC have been surrounded by seven units of Central Security Forces and special operations, who were stationed on rooftops surrounding the SCC. More than 170 explosive experts have inspected the area around the SCC, Tahrir square, Etihadeya and Qubba Palaces according to General Samy Yousef, Interior Minister’s Aide for Civil Security.

Al-Sisi won a landslide victory of 96.9% votes over his opponent, Nasserist candidate Hamdeen Sabahy, who reaped 3.09% of votes, in an election that lasted from 26-28 May and saw over 25 million Egyptians participating.