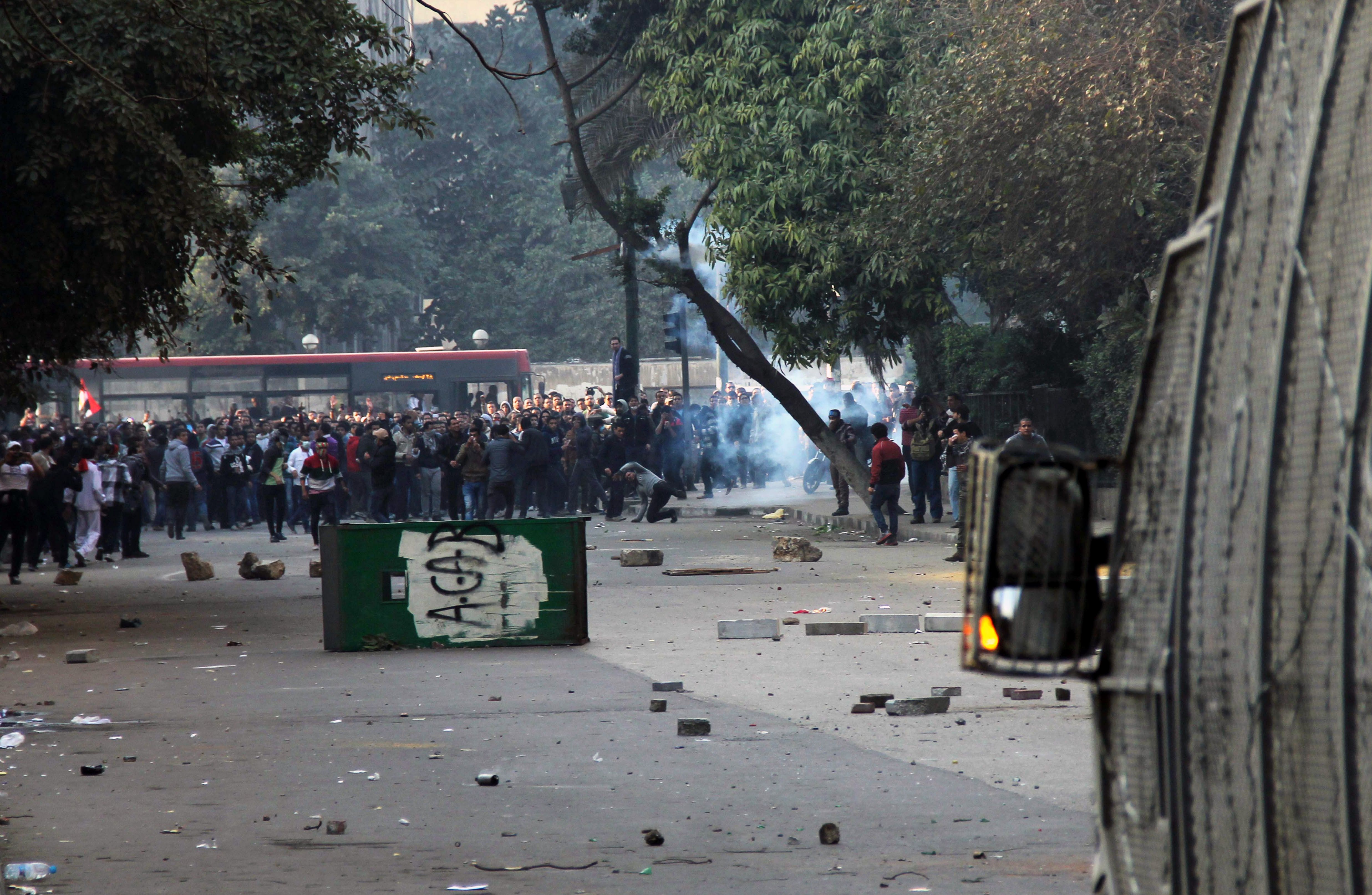 El-Mosky Misdemeanour Court sentenced Monday 112 suspects arrested on the third anniversary of the Egyptian revolution to one year imprisonment with labour.

The Ministry of Interior had announced that it had arrested 1,079 suspects on 25 January 2014. That official figure outnumbers the announced figures of arrests during the times of ousted Presidents Hosni Mubarak and Mohamed Morsi.

According to the independent count Wiki Thawra, which is self described as the online database of the Egyptian revolution: 44,163 Egyptian citizens were arrested between 3 July 2013 and 15 May 2014, and 39% of that number were arrested during protests dispersals.