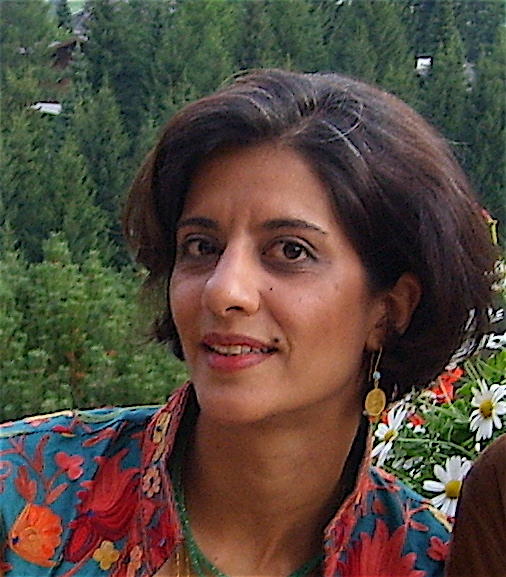 Ahead of tomorrow’s Global Summit to End Sexual Violence in Conflict, Sanam Naraghi Anderlini questions the presence of government officials from countries with dubious track records, and says ministers should take the advice of women who are most at risk and already working at the frontlines to end all sexual violence.

On 10 June, the UK’s Foreign Secretary, William Hague, will preside over the opening of the first global summit on preventing sexual violence in conflict. Mr. Hague became committed to this agenda after seeing Angelina Jolie’s film The land of Blood and Honey about the horrors of sexual violence that militias and armies perpetrated during the Bosnian conflict of the 1990s. Mr Hague and Ms Jolie joined forces to launch the Prevention of Sexual Violence Initiative (PSVI) in 2012, with a UN Declaration of Commitment to Ending Sexual Violence in Conflict.

Over 151 countries have signed up to the commitment. This week, thousands of activists, government officials and others, mostly women, are streaming into London to contribute to this effort. Mr Hague hopes they will suggest practical actions to improve investigation and prosecution of sexual crimes in wartime, ensure better care for victims, and ultimately end sexual violence in war.

Those of us in the international civil society movements who are directly supporting women’s participation in peace and security, and women’s rights and protection, recognise the value of a senior statesman and a movie star fronting this agenda. We are nonetheless concerned that the focus is exclusively on war-related sexual crimes, and we have often said that the prevention and cessation of war itself is the best means of preventing sexual and other forms of violence. We know (and research shows) that having a civil society that is committed to peace at the ‘peace table’ is one of the most effective means of ending wars. So let us see this being put into practice in places where peace processes exist.

We know these issues are complex, and that it takes collective action to bring real change, that’s why we continue to support the effort. But there are limits. The engagement of certain countries with bad track records on addressing violence against women puts the very credibility of this campaign at risk.

Mr Hague lauded the government of Nigeria for joining his campaign. Yet the Nigerian government and army have dragged their feet in rescuing the 247 girls kidnapped by the militant group Boko Haram. While the girls remain missing, media reports are linking some members of the Nigerian military to Boko Haram.

Pakistan has also joined the campaign. Yet, a young pregnant woman wasstoned to death recently outside a courthouse in Lahore. Her husband, it now appears, had strangled his first wife with impunity, because he wanted to marry the second wife. In another case, the police in Lahore gang raped a young woman who appeared at their police station to lodge a complaint about being gang raped.

The US is also enthusiastically joining in, even though there were 5,061 reported cases of sexual assault within its own military just last year. Even in the UK, the police are being questioned for referring fewer cases to the courts, despite increases in rape reports.

If we really want to prevent sexual violence in conflict, governments need to prove themselves by starting in their own backyards, with their own police and security forces, judiciaries and in the communities. It is an insult to the women and girls of these countries to see their political leaders applauded in London for promising to take action in the future in their capacities as international peacekeepers, while today the reality on the ground is often one of impunity and inaction. This is all the more disturbing given that it is the military, police forces and private security companies of many Western countries that train the police and military of conflict affected countries.

For years, states have made pledges, drafted protocols, and assumed that words on paper will translate into action on the ground for the protection of women and girls. The Universal Declaration of Human Rights was written more than 60 years ago, yet its promise remains unfulfilled. The Convention on the Elimination of Discrimination against Women (CEDAW) was drafted in 1979. Although 187 countries have ratified it, discrimination, including violence against women, is rampant. UN Security Council Resolution 1325 on women, peace and security was adopted unanimously in 2000 as the first Security Council resolution to address women’s rights, participation, and protection in conflict. Since then, the Council has passed six subsequent resolutions on the topic, and acknowledged that sexual violence is a threat to peace and security. But those words have not helped the women or men of the Central African Republic, or Syria, or any other conflict affected country.

Impunity and apathy, rather than action, remains the reality around the world. If Mr Hague wants to make a difference he needs to take a different tack. First, there should be standards of practice and criteria that countries must meet before they are included in this campaign. The starting point may include fewer countries, but the states that make the grade would truly deserve recognition.

Second, civil society in all countries should be a critical partner in the venture. One step would be for civil society organizations with a track record and commitment to the prevention of violence and defence of rights to agree on protocols with the security forces and the judiciary, which unfortunately are often playing a role in perpetuating the impunity problem. These protocols could lay out how these entities would prevent sexual violence, protect and assist victims, and enforce standards and accountability within their own ranks. Local organisations can play an important watchdog role to ensure that these commitments are fulfilled. They can also help determine which existing practices are effective or need improvement. From Asia to Africa and beyond, women-led civil society organisations are already doing this work. The Summit should provide a space where ministers listen and take their advice. At the very least the outcomes and protocols should be deliberated on collectively by government and civil society.

Whatever happens in London this week, I hope that we won’t be subjected to yet another back slapping summit finale where government bureaucrats proudly claim to protect and empower women, while the women who are fighting this fight on the frontlines – often at huge personal risk- remain excluded and marginalised from the protocol being drafted and decisions made on their behalf. I also hope Mr Hague has the courage of his convictions to challenge the governments of Pakistan, Nigeria and other countries that have joined the campaign, yet have done little or nothing to address the issues at hand. There is a particular callousness among those who claim to care, yet do nothing and stifle dissent.

The women who are most at risk and already working at the frontlines should have a prominent role in determining the credibility of states’ commitments and actions, and the success of this initiative. If not, Mr Hague’s summit will be little more than an extravagant PR exercise. Worse than that, he may inadvertently be harming those who are courageously working for peace, and combating violence on the ground, and slighting the very people he wants to help.

Sanam Naraghi Anderlini is the Co-Founder of the International Civil Society Action Network and is Senior Fellow at MIT Center for International Relations.

Originally published on openDemocracy 50.50 at  Hopes and fears:  Summit on Ending Sexual Violence in Conflict