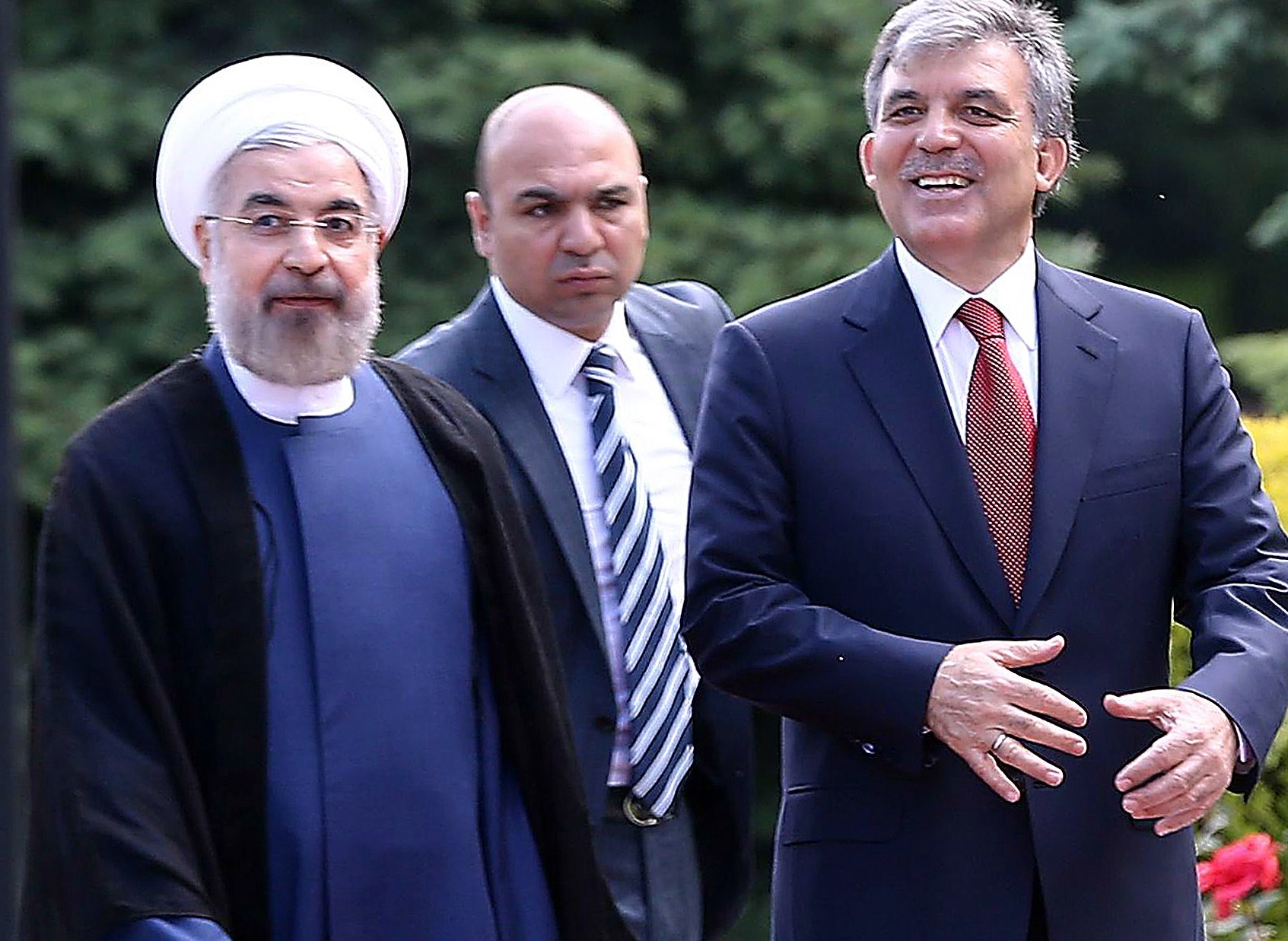 AFP – Iran’s President Hassan Rouhani began a landmark trip to Turkey on Monday stressing the need to improve ties that have been undermined by competition for regional influence and deep differences over Syria’s civil war.

Rouhani will meet his Turkish counterpart Abdullah Gul and Prime Minister Recep Tayyip Erdogan in Ankara, where the powerful neighbours are expected to discuss security concerns as well as trade opportunities.

“In recent months, we have witnessed positive developments in the region, particularly in Syria and Iraq,” Rouhani said in remarks before leaving Tehran, the ISNA news agency reported.

“It is a necessity [for Iran and Turkey] to cooperate in all aspects, as well as issues regarding North Africa, Palestine and the Middle East,” he said, without elaboration, adding that improvement of bilateral relations was of “importance” to the whole region.

An AFP photographer said the Iranian president later landed in Ankara ahead of his talks and press conference with Gul, which is scheduled for 0915 GMT.

The two sides have had a complex and often dysfunctional relationship, which has taken an especially bitter turn in recent years as a result of increasing competition between Sunni and Shi’a Muslim powers across the region.

This has become more pronounced following the onset of the Syrian civil war, in which the two have found themselves on opposite sides.

Iran, a Shi’a theocracy, is the chief backer of Syrian President Bashar Al-Assad, while Sunni-majority Turkey has moved from trying to encourage reform in Syria to overtly supporting the armed opposition.

The two also compete for influence in Iraq, Central Asia and the Caucasus.

Even on areas where they might be thought to cooperate – such as Kurdish separatism – they have often sought to undermine each other. Both Turkey and Iran face a threat from Kurdish rebels who wish to break away and form their own country. But instead of cooperating, the two governments have sponsored rebels in the others’ backyard over the years.

Despite the tensions, the two sides have many reasons to work together.

Both are concerned about the rise of sectarian conflicts on their borders, and most of all wish to maintain their close energy and trade ties that have been threatened by Western sanctions targeting Iran.

Rouhani will be flanked by a crowded delegation of ministers, with at least six cooperation deals due to be struck.

Iran and Turkey will also chair the first meeting of a high-level cooperation council, a mechanism Ankara has established with its neighbours to promote trade and regional integration.

On a visit to Tehran in January, Erdogan said the two countries were aiming to more than double trade to $30bn (€22bn) by 2015.

Turkey is also heavily reliant on Iran for oil and gas, having few energy resources of its own. It has been a fierce opponent of Western sanctions that has severely curtailed its access to Iranian fuel in recent years.

Ankara has been accused of circumventing the sanctions by quietly trading gold for Iranian gas.

Turkish prosecutors are currently investigating what they describe as a huge criminal network that used bribes and payoffs to conceal the illicit trade. Erdogan has dismissed the allegations as a foreign plot and put huge pressure on investigators to drop the case.

He hopes Iran will be able to forge a diplomatic deal with the West over its nuclear programme by the deadline of 20 July that would see sanctions – suspended since an interim deal was signed late last year – dropped permanently.

EU foreign affairs chief Catherine Ashton and Iranian Foreign Minister Mohammad Javad Zarif met in Istanbul last month to discuss the next steps towards a final agreement, and another round of talks is scheduled in Vienna for mid-June.

“We always look positively to Turkey hosting nuclear talks,” the Iranian diplomat told AFP, saying that the course of negotiations with Tehran and world powers would be shared with Turkish officials.

Ankara has long defended Tehran’s right to peaceful nuclear technology but adamantly opposes any development of nuclear weapons, which it fears would lead to an arms race in the Middle East.

The last official presidential visit from Iran to Turkey was in 1996 by Hashemi Rafsanjani. However, President Mahmoud Ahmadinejad made a “working” visit to Istanbul in 2008.

That visit was marked by controversy when Rafsanjani refused to visit the mausoleum of modern Turkey’s revered founder Mustafa Kemal Ataturk – a routine practice for foreign heads of state. Rouhani is also expected to skip the mausoleum.