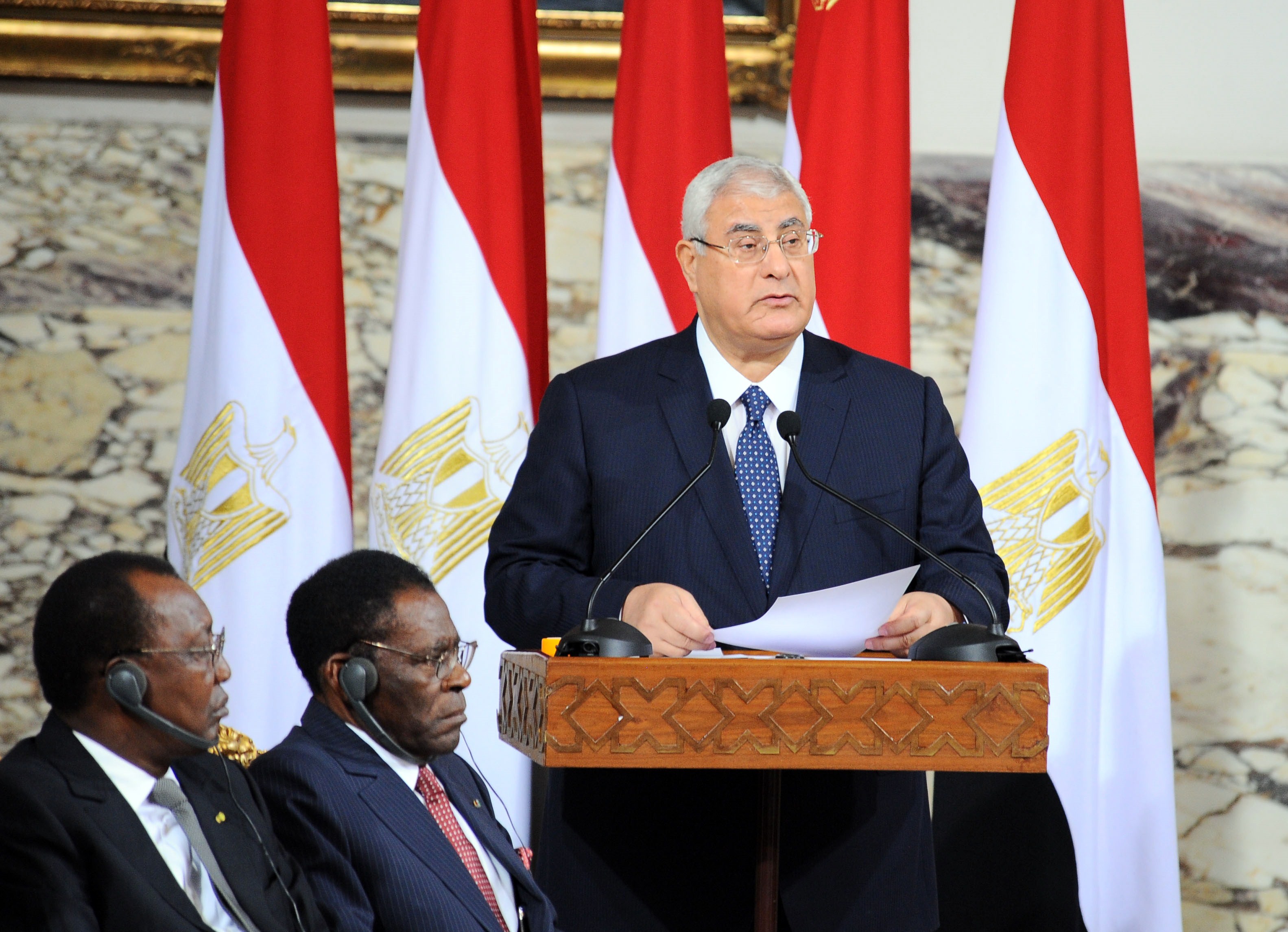 After ending his 11 year tenure, judge Mansour is set to return to his position before the presidency as head of the Supreme Constitutional Court (SCC).

In a speech on Sunday night, Mansour said: “Today, as an Egyptian citizen, I am confident that we are on the beginning of the road to democracy.” Addressing the people of Egypt, Mansour said that he is confident in their ability to work, develop and cooperate with the new president “to build the future of our country.”

Mansour’s rule as interim president began on 4 July when he was sworn in before the General Assembly of the SCC. Inside the court on Sunday, he and Al-Sisi sat side by side before Al-Sisi took the same oath and officially began his four year tenure.

Mansour’s inauguration as president came one day after then-defence minister Al-Sisi’s announcement on state television on 3 July, in which he declared the removal of Muslim Brotherhood politician and former president Mohamed Morsi and his replacement with Mansour.

Mansour, 69, became head of the SCC last June, just a few days before the 3 July announcement, having climbed several judicial posts before reaching this position. Before the start of his legal career, Mansour completed a bachelor degree in Law from Cairo University in 1967 and conducted postgraduate studies in General Law and Administrative Sciences in 1969 and 1970.

Several legislations issued by the judge have sparked controversy and have been heavily criticised, including the infamous Protest Law which Mansour issued in November.  Additionally, the Presidential Elections Law, which governed the most recent presidential elections, was heavily criticised. This law was passed after being amended, removing Article 7, which prevented citizens from appealing against decisions made by the Presidential Elections Commission, the body that governed the elections.

Other recipients of the state honour include Mohamed ElBaradei, former director general of the International Atomic Energy Agency who shortly served as Vice-President of International Relations under Mansour. ElBaradei was granted the Order of the Nile by ousted president Hosni Mubarak. The former vice-president resigned in August following deadly violence which accompanied the dispersal of sit-ins organised to show support to Morsi.

Morsi had bestowed the Order of the Nile upon Al-Sisi’s predecessor Field Marshal Hussein Tantawi after he sacked him very early on his tenure, in August 2012. Afterwards, Morsi appointed Al-Sisi to replace Tantawi.