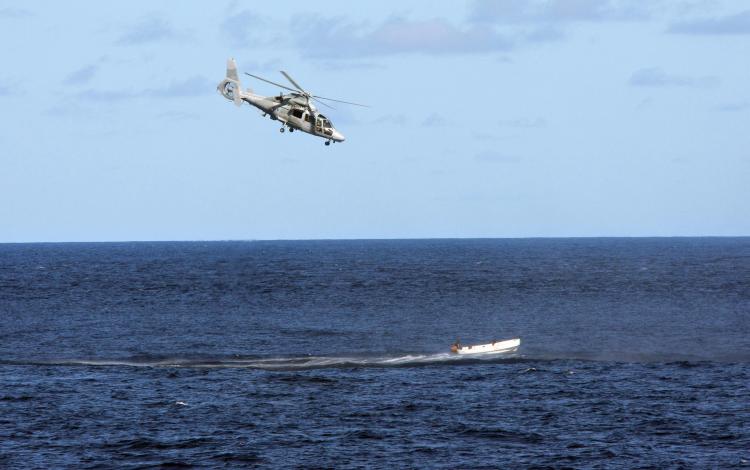 France and Egypt have concluded their most recent round of joint naval exercises, a statement by the armed forces spokesman’s office said Monday. Codenamed “Cleopatra” and conducted near the southern French port of Toulon, the manoeuvres are the first to be held in French waters in 25 years, according to the State Information Service.

The exercises, the statement said, saw the two navies firing “live ammunition to repel and destroy hostile surface and air targets” and conducting refueling and supply missions. They also oversaw the launch of night-time sorties by anti-submarine helicopters “to give troops the ability to perform a variety of tasks under various conditions.”

The armed forces spokesman’s office said the manoeuvres demonstrated “the ability of naval units to take positions with speed and accuracy.”

It added that such exercises with friendly nations would help the military learn modern naval combat techniques, gain experience with new equipment, and develop the capacity to operate “under higher rates of efficiency and combat readiness.”

According to the French Embassy in Cairo, the Cleopatra joint exercises take place every two years, having last been held from 8 to 13 December in Alexandria with the involvement of a number of frigates, patrol boats and a French submarine.

The exercises form part of a broader Franco-Egyptian military coordination, the embassy notes, operating under the framework of a joint commission responsible for planning an average of 70 “actions of cooperation” per year between the two forces.  Coordination also extends to the Commission Military Armament (CAMAS), the 13th meeting of which was held in Paris in January 2013.

The Egyptian armed forces are equipped with an array of French military hardware, including Mirage and Alphajet fighter planes, Gazelle helicopters, and communications equipment. France also offers training at its military academies to several Egyptian officers every year.

Cleopatra comes on the heels of a number of joint exercises that Egypt has carried out with Gulf nations in recent months. This includes a two-week training with the UAE’s Air, Naval and Special Forces in March, dubbed Zayed 1; multinational joint air forces manoeuvres in Bahrain in April; and late May exercises with Bahrain focused on special forces and counter terror operations.