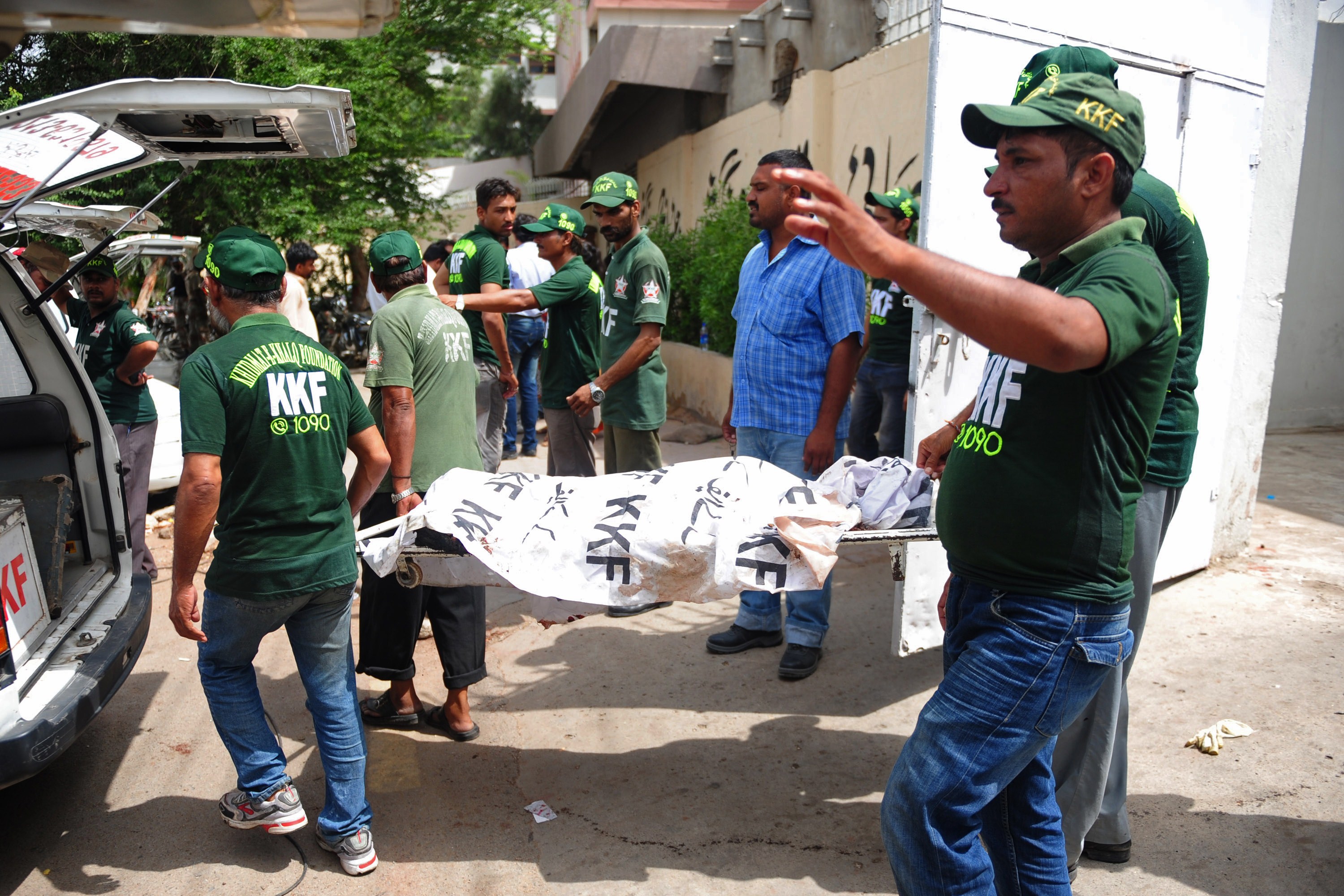 AFP – Taliban gunmen attacked a security post outside Pakistan’s Karachi airport on Tuesday, a day after an all-night siege by the militants left 37 dead and shredded a tentative peace process.

The latest assault on the airport raised further questions about the authorities’ ability to secure key facilities in the face of a resurgent enemy, and came as air force jets pounded suspected militant hideouts in the northwest, killing 25 people.

The attack on the security post targeted an entry point to an Airport Security Force (ASF) camp 500 metres (yards) from the airport’s main premises, and around a kilometre from the passenger terminal.

Police, paramilitary rangers and army all raced to the site but officials reported there had been no casualties and they had not traded fire with the militants.

“Two people came towards the ASF [Airport Security Force] checkpost and started firing,” Colonel Tahir Ali, a spokesman for the force told reporters. “Nobody has been killed or injured,” he added.

Army spokesman Major General Asim Bajwa confirmed the incident was over, but said three to four assailants were involved.

“4-3 terrorists fired near ASF camp, ran away. No breach of fence, no entry. Chase is on, situation under control,” he tweeted.

Flights resumed after temporarily being suspended for the second time in as many days, Abid Qaimkhani, a spokesman for the Civil Aviation Authority, told AFP.

A senior rangers official at the scene who wished to remain anonymous said the gunmen may have fled to a nearby shanty settlement.

“We are chasing them, we will get them, it’s not easy to hide here, there are no buildings, no population except for two small shanty towns nearby,” he told AFP.

The Taliban later claimed responsibility for the attack, saying they were in response to air strikes in the tribal areas.

“Today’s attack on ASF [Airport Security Force] in Karachi is in response to the bombardment on innocent people in Tirah Valley and other tribal areas. We will continue such attacks,” spokesman Shahidullah Shahid said, referring to Pakistani air strikes of suspected militant hideouts.

Earlier in the morning, Pakistani jets launched air strikes on a militant-infested tribal district in apparent retaliation for Monday’s siege.

The military said nine “terrorist hideouts” were destroyed in the raids, launched after the Taliban stormed Pakistan’s biggest airport, killing 37 people in an all-night battle that ended Monday.

The strikes were the latest in a succession of attacks carried out by the Pakistani military in the tribal belt this year after talks with the Tehreek-e-Taliban Pakistan (TTP) broke down.

The last was in North Waziristan in late May, killing at least 75 people and triggering an exodus of some 58,000 people – half of them in the past few days in fear of a ground offensive that has been anticipated for years.

The military’s death toll from Tuesday’s strikes, in the restive Tirah Valley area of Khyber tribal district, could not be independently verified. The district was also targeted in April, with aerial bombing that killed dozens.

Pakistan entered into talks with the Taliban in February and agreed upon a ceasefire in March, which broke down a month later.

Hasan Askari, an analyst, said the talks period had allowed the Taliban to gather their strength while the government dithered over what to do.

“The Taliban are very clear so far as their targets are concerned – they want to humble the Pakistani state and they are striving for it,” he said.

“They re-grouped themselves during the last couple of months as the talks process continued and they can do these things for the next couple of weeks and then they will need time to regroup again,” he added.

Many observers believe the peace process is dead and that the government must now take more strident measures, including attacking the Taliban’s North Waziristan stronghold.

An offensive there has been long rumoured but analysts say it is unclear if the military has the ability to carry out the operation without assistance from the Afghan side of the border where militants are likely to flee in the event of an attack.

The civilian exodus from the region has been fuelled by a leaflet distributed last week by local warlord Hafiz Gul Bahadur, who is seen as friendly to Pakistan while concentrating his attacks on NATO forces in neighbouring Afghanistan.

Bahadur’s leaflet told residents to leave their homes because the government was likely to begin an offensive, and included a veiled threat to join hands with the TTP if the government did not agree to end air strikes there.