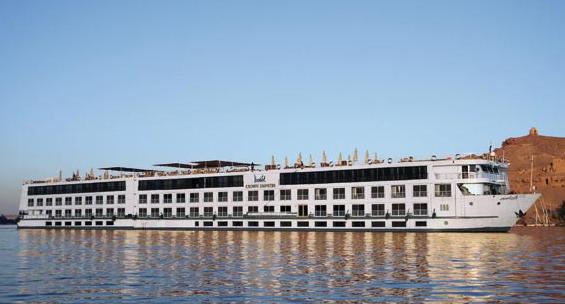 The Chamber of Floating Hotels welcomed Prime Minister Ibrahim Mehleb’s decision not to revoke licences from floating as a means to support the tourism sector in light of difficult circumstances.

Mohammed Ayoub, chairman of the Chamber of Floating Hotels, said that 90% of floating hotels have not operated since January 2011, which has led to many having expired licences.

In a statement to Al-Borsa newspaper, Ayoub said he considered Mehleb’s decision not to revoke the licenses to be a much needed boost for these establishments. Many have suffered an accumulation of losses over the past three years.

He explained that all floating hotels, except for 25 located in Luxor and Aswan, have ceased operation as a result of the intense decline in incoming tourism during recent years.

Mehleb amended various provisions of Law 1/1971 regarding hotel and tourism establishments, and added Article 2, which stipulates that “the provision of the second paragraph of Article 20 of Law 371/1956 regarding public shops, and Article 31 of Law 372/1956 regarding hotel, amusement and tourism facilities which requires that the license of an establishment be revoked if it has ceased working for 24 consecutive months, shall be invalid.”

At the same time, Ayoub requested that insurance interest be abolished or divided into long-term instalments due to the tough financial conditions that the owners of these establishments have experienced.

He pointed out that the Prime Minister’s decision is a positive step, as these establishments’ revenues have dropped to zero during recent years.

Tourism Minister Hisham Zaazou submitted a request to the Mehleb that he take into account the occurrence of a force majeure in the situation. He also added that exceptional emergency circumstances have led floating hotels to suspend their operations for more than 24 consecutive months, therefore exceeding the period outlined in the current law which threatens the revocation of their licences.