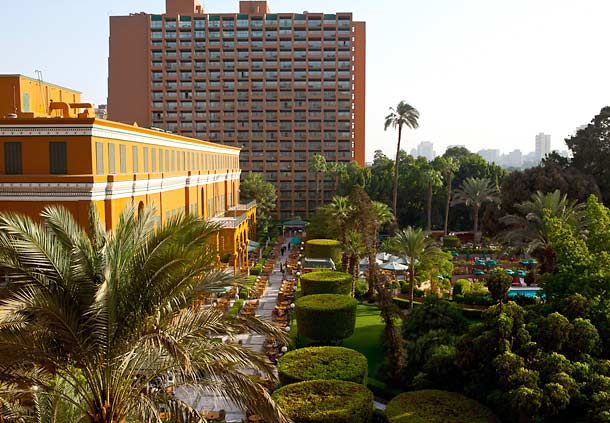 The Chamber of Hotels is demanding the Egyptian Tax Authority to calculate property tax through a replacement value system instead of the returns currently used, said deputy chairman of the chamber Nagy Eryan.

Eryan added that the replacement value method will reduce approximately 90% of the property tax paid by hotels in Cairo and Alexandria compared to the tax when calculated using the market value for properties. According to Eryan, the latter method ignores the nature of hotels and treats them as properties for sale.

He explained that using the replacement value would save approximately 5% of the amounts due from hotels in the Red Sea and South Sinai.

According to the replacement value, the tax will be calculated using the average cost of a room multiplied by the number of unreserved rooms.

Refusing the imposition of the property tax in the way that the ministry wants it comes as a result of the “terrible conditions” that the hotel sector has experienced since January 2011, the deputy chairman said.

Eryan brought up the example of the Cairo Marriot, for which a property tax of EGP 7.8m will be imposed annually if calculated by the market price, as opposed to an EGP 700,000 tax when the replacement value is utilised, as occupancies in Cairene hotels have not exceeded 10% since 2011.

The finance ministry must take into consideration the current situation of hotels, he said, especially those located in Cairo and Alexandria where incoming tourism has declined by approximately 90%. This comes alongside the closure of some hotels due to pervasive unrest and riots that occurred in Cairo over the past three years.

The General Authority for Tourism Development estimated the taxable value of a room to be approximately EGP 150,000 for 3-star hotels, EGP 200,000 for 4-star hotels, and EGP 250,000 for 5-star hotels, but the finance ministry requested that the authority reevaluate these values, saying that the a room is worth more than the current estimation.

Hani El-Shaer, member of the hotels chamber, said that the Tax Authority is demanding that the market price be used for the land on which the establishment is located and that this will exert a negative influence the sector cannot bear since investments in hotels are restricted.

He demanded that the tourism sector be treated in an equal manner to the industrial sector and that property taxes be calculated based only on the areas that are actually utilised.

The Tax Authority wishes to impose the property tax on hotels at the current value with no regard for the value of the hotel at the time of its establishment, El-Shaer argued He explained that using the market value is inappropriate for historic hotel buildings as well as areas in the desert, far from urban communities.

A committee was formed to decide upon criteria for calculating the property tax, which is comprised of representatives from the Tax Authority at the finance ministry alongside the Chamber of Hotels and objective investment experts.