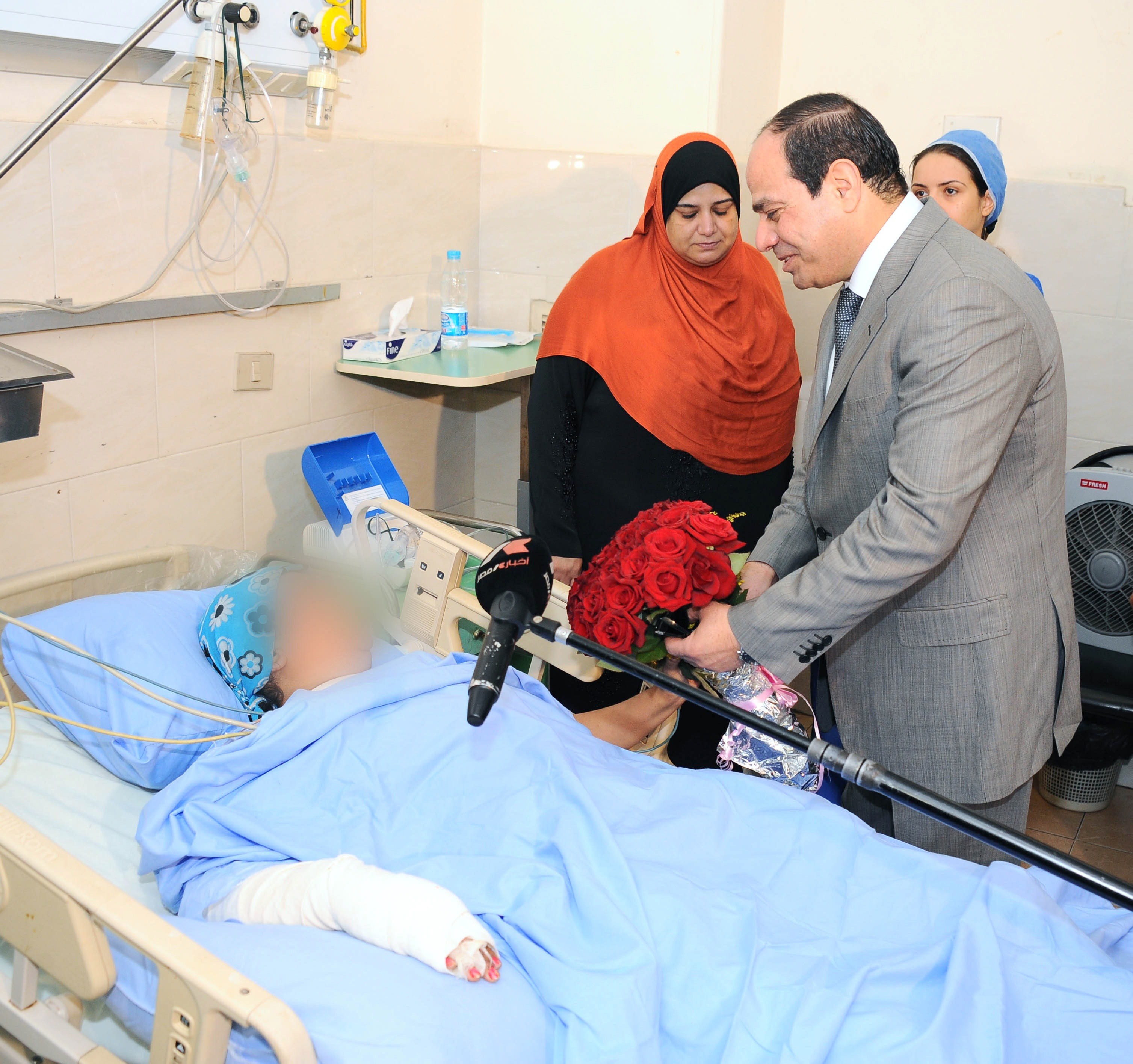 Civil society organisations reported at least nine cases of sexual assault as people flocked to the iconic square to celebrate the inauguration of the former army general.

During a visit to a victim of sexual assault in hospital, Al-Sisi vowed that “as a state, we will not allow for this to happen again,” adding that “firm” measures will be adopted to face this phenomenon.

The Field Marshal apologised to the sexual assault victim and to “all Egyptian women” on state television, saying that “even a single case of assault is unacceptable.”

The prosecutor general’s office said in a statement on Monday it was investigating the aforementioned cases of sexual harassment. Abdel Hameed said the Forensics Authority was scheduled to examine an eighth victim of sexual assault on Wednesday. The forensic medical reports will be referred to the prosecution to help with the investigation.

The prosecutor general’s office said it was interrogating three suspects detained since Thursday for sexually assaulting a 42 year-old woman and her daughter in Tahrir Square. It added on Wednesday that it was also investigating media reports claiming that several governmental hospitals refused to take in the assault victim, what endangered her life.

Demonstrators gathered in Tahrir Square on 3 June to celebrate Al-Sisi’s win, shortly after the official announcement of the elections’ results. The prosecution added that the aforementioned assault was repeatedly shared on social media on Monday.

A video documenting one case of sexual assault in Tahrir Square went viral on Sunday night. The video shows a woman being subjected to mass assault after she is stripped naked, with security personnel trying to drive the assailants away. The Daily News Egypt was unable to track the time the video was taken.

In its statement, the prosecution detailed the incident of sexual assault, saying that the 42 year-old victim was stripped naked and scalded with boiling water as the assailants repeatedly touched her. The Forensic Authority’s examination confirmed the “severe” burns and injuries sustained by the victim.

The three suspects are facing charges of forcible indecent assault, attempted rape, detention and torture, the prosecution said, adding that it is working on identifying the rest of the assailants.

The state-affiliated National Council for Women (NCW) condemned the aforementioned assault in a statement released on Monday, describing it as “barbaric”.

Twenty-five civil society organisations condemned the latest wave of sexual assault in Tahrir Square in a joint statement released on Monday. The organisations stressed that combating the phenomenon of sexual harassment needs an “integrated national strategy” and a “comprehensive” legislation.

The new law deals with harassment as a crime punishable by a minimum of six months in prison which could expand to five years, depending on its type. It also fines the harasser from EGP 3,000 to EGP 50,000.

During the weeklong protests which preceded the ouster of former president Mohamed Morsi on 3 July 2013, anti-harassment groups reported the occurrence of at least 101 cases of alleged sexual assault in Tahrir Square.

A report issued by the United Nations Entity for Gender Equality and the Empowerment of Women in April 2013 revealed that an overwhelming majority of Egyptian women (99.3%) have experienced some sort of sexual harassment and 96.5% of women had been sexually assaulted.