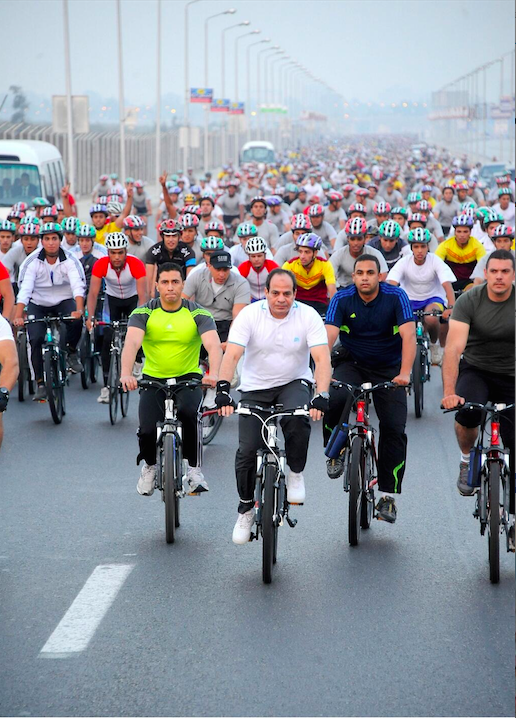 President Abdel Fattah Al-Sisi urged Egyptians to use bicycles to commute to schools and work in a speech at a cycling event on Friday morning.

Friday’s event, organised by the Ministry of Youth, saw thousands of public figures, including Prime Minister Ibrahim Mehleb, and students from the Police Academy and military colleges participating in a bicycle ride that extended to more than 18 kilometres.

Stressing unity in an address at the event, the president called on citizens to make cycling part of their daily routines, pointing out that commuting by motor vehicles costs both citizens and the state money.

Last month the interim cabinet announced the budget for the coming fiscal year, in which it reduced allocations for petroleum product subsidies to approximately EGP 104bn, compared to the EGP 134bn allocated to it this year.