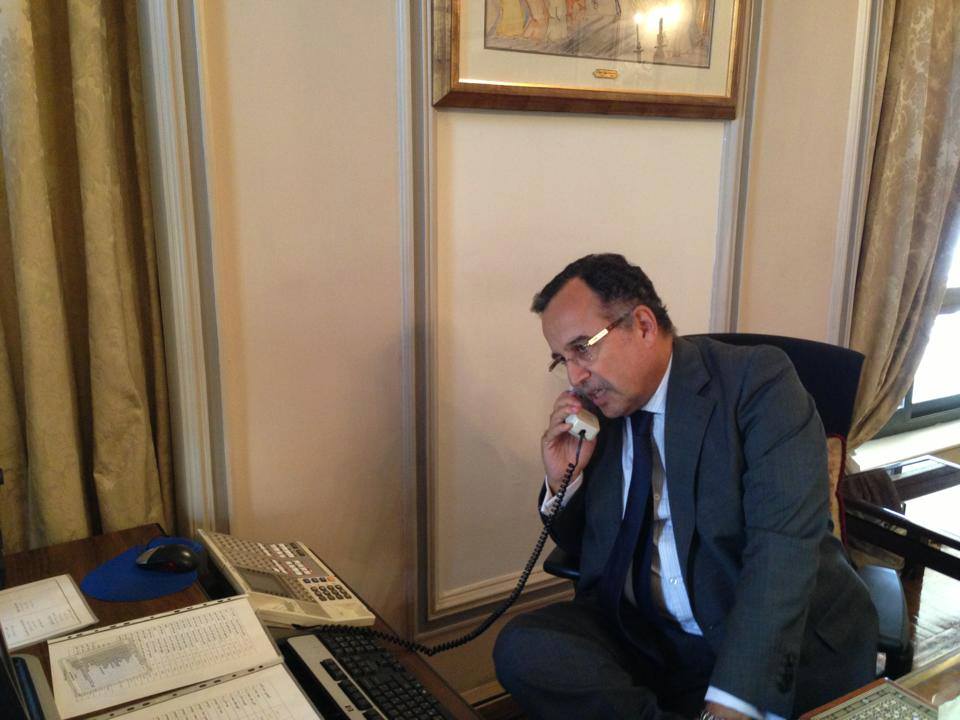 Foreign Minister Nabil Fahmy reiterated Egypt’s concern over recent developments in Iraq, where militants have taken over two provincial capitals and have vowed to capture Baghdad.

Fahmy conducted a series of telephone conversations with his Arab counterparts ahead of a ministerial meeting of members of the Organisation of Islamic Cooperation scheduled to take place in Jeddah on Wednesday to discuss the situation in Iraq.

The meeting, according to a Saturday foreign ministry statement, will see the ministers discuss “the Arab position on the political developments and the current security situation in Iraq and the joint actions that can be taken to deal with the deteriorating situation in Iraq”.

Fahmy stressed Egypt’s current position on the situation in Iraq is based “on the need to preserve the unity of Iraqi territory and territorial integrity and not to be divided along sectarian lines”. The minister called for Iraqis to unite against “forces of extremism and terrorism and maintain the nation-state under the onslaught faced by many of the Arab states to split along sectarian or ethnic lines.”

Fahmy also confirmed that this would be Egypt’s position going into a meeting of the Arab League permanent delegates scheduled for Sunday.

The Shi’a government in Iraq issued a call to arms to fight back extremist Sunni militant group Islamic State of Iraq and the Levant (ISIL), which has advanced south in an attempt to capture Baghdad, coming within 80 kilometres of Iraq’s capital, according to AFP.

The foreign ministry confirmed that some 700 Egyptian oil refinery workers and engineers have been evacuated from the city of Baiji, north of Baghdad, and that embassy staff are in contact with Egyptian communities and are working with Iraqi authorities to return them to Egypt if they desire.

Assistant Foreign Minister for Arab Affairs Nasser Kamel returned from Iraq on Thursday after meeting with “Iraqi officials and representatives of political forces”. He discussed “bilateral relations… and developments in the regional arena”. Kamel is expected to present a full report of his meetings to Foreign Minister Nabil Fahmy about his visit and “his assessment of the situation in Iraq”.

The foreign ministry confirmed on Thursday that it was following the situation “moment by moment” in Mosul, Iraq’s second city, where ISIL launched their offensive last Monday.

The ministry’s spokesman said: “Egypt is keen on and interested in the preservation of the Iraqi state, its sovereignty and territorial integrity.” The ministry called on Iraqis “to resolve differences among themselves to build a strong Iraqi state” so that the younger generations can “cope with the forces of extremism and maintain the concept of the nation-state in Iraq and the Levant region”.