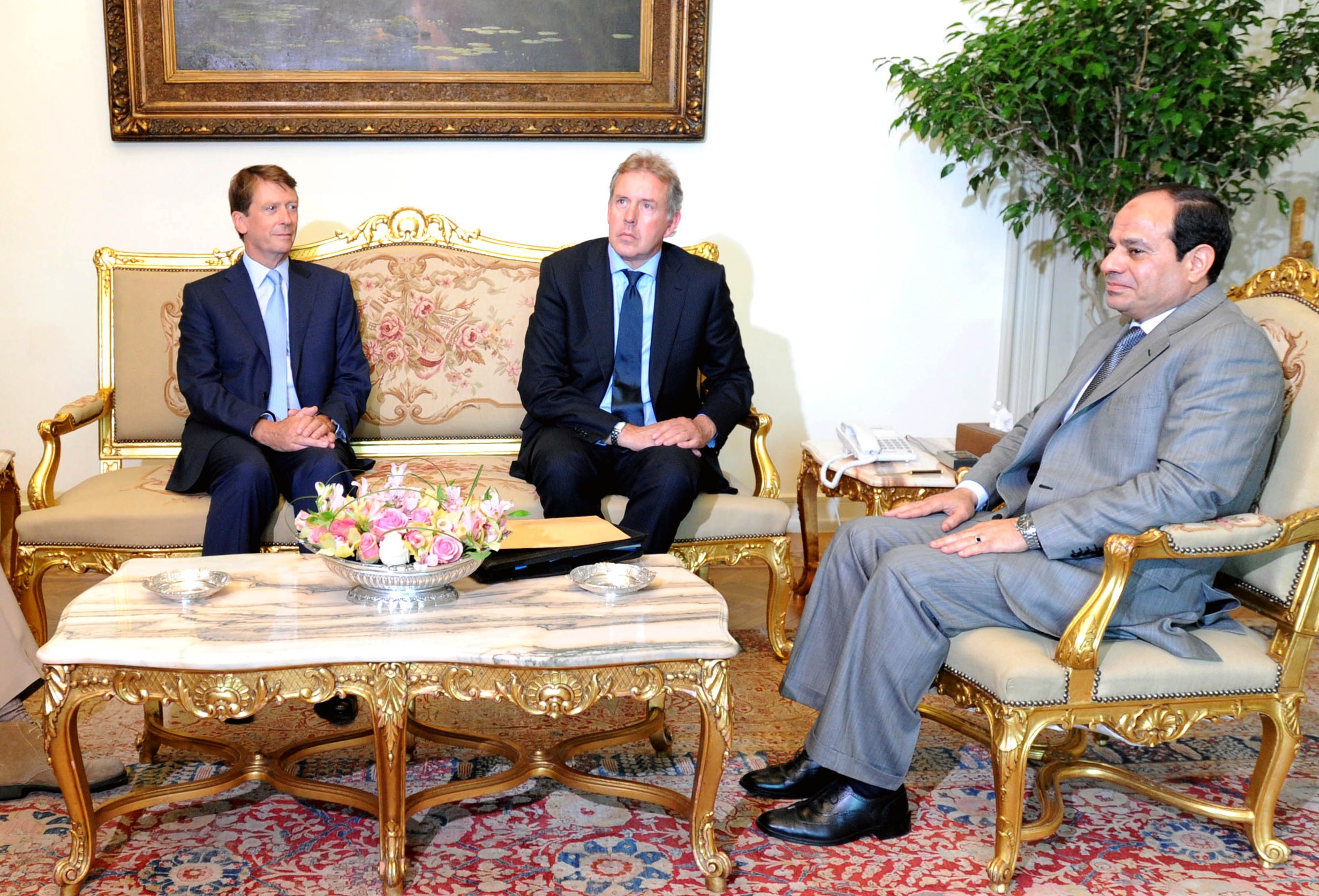 A group of British members of parliament (MPs) landed in Cairo on Saturday and are expected to meet with newly elected President Abdel Fattah Al-Sisi and other high level officials.

The delegation is headed by Conservative Party MP Bob Walter, who chairs the Friends of Egypt parliamentary group. A foreign ministry spokesman confirmed the MPs will meet with Foreign Minister Nabil Fahmy.

Fahmy met with members of the group during his visit to London in May, according to the foreign ministry. At the time they discussed Egypt’s democratic transition and the possibility of “mechanisms for parliamentary exchange” following the Egyptian House of Representatives election expected later this year.

Members of the delegation visited Egypt in February when they met with several officials including Fahmy and Al-Sisi, defence minister at the time.

Although the UK delegation consists of representatives from the lower and upper chambers of parliament, it does not represent the UK government.

UK Prime Minister David Cameron ordered on 17 April a “review” of the Muslim Brotherhood, now outlawed and declared a terrorist organisation in Egypt and Saudi Arabia. Since the ousting last July of former president and Brotherhood member Mohamed Morsi, Egyptian security forces have conducted an ongoing crackdown on the group.

The UK’s review is to look at “the philosophy, activities, impact and influence on UK national interests, at home and abroad, of the Muslim Brotherhood and of [UK] government policy towards the organisation”.