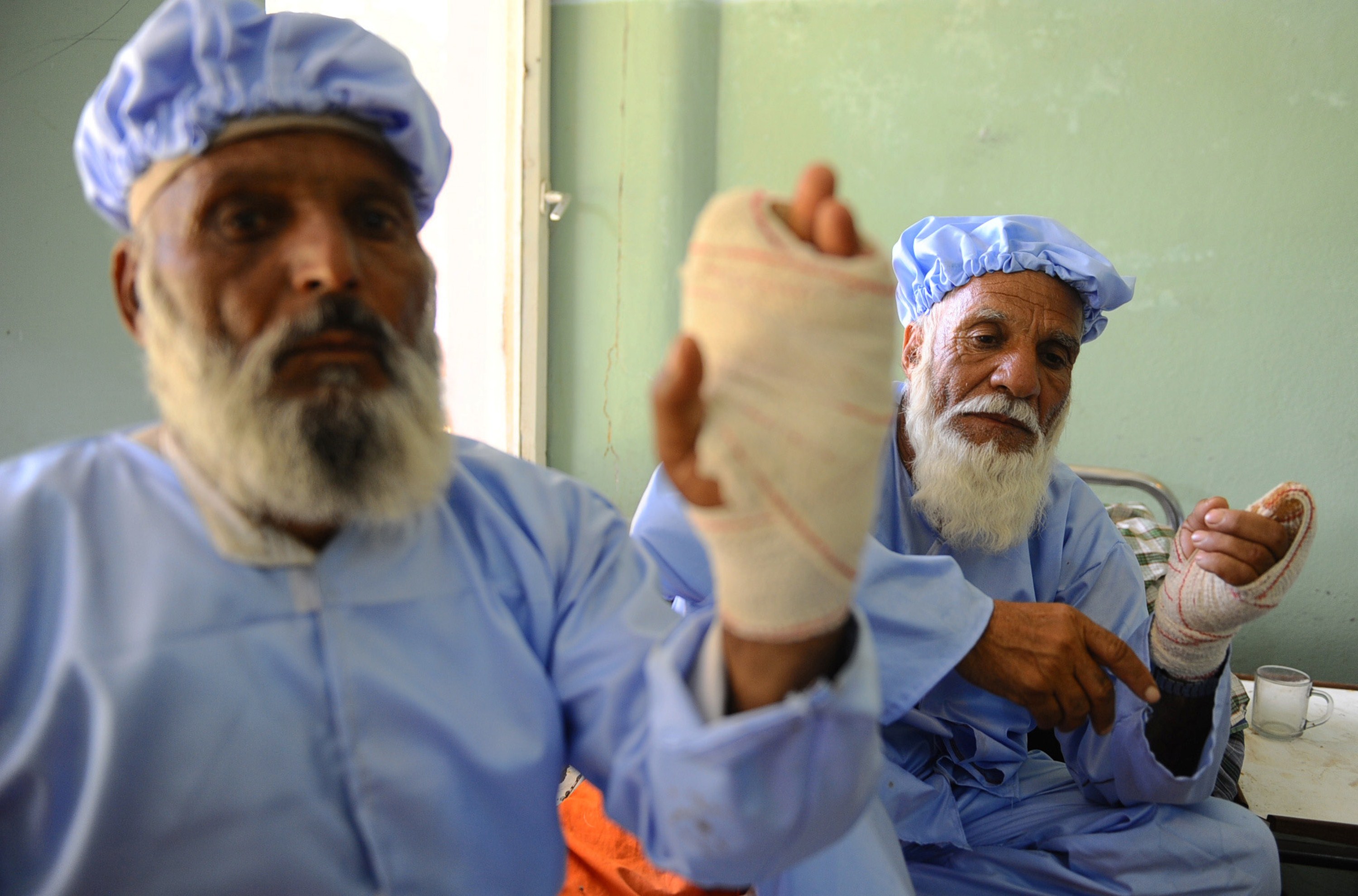 Election officials were sifting through fraud complaints from both candidates, and analysts said the lengthy count could be the trickiest phase in the country’s first democratic transfer of power.

More than 50 people were killed on polling day Saturday by militant attacks, including the 11 whose bus was hit by a roadside bomb in Samangan province and 5 members of one family who died when a Taliban rocket hit a house near a polling station.

Eleven voters in the western province of Herat had their fingers – which were dipped in ink to register their ballot – cut off by insurgents, Deputy Interior Minister Ayoub Salangi said.

But despite the Taliban attacks, Saturday’s election drew a high turnout of about seven million voters in a contest between former foreign minister Abdullah Abdullah and ex-World Bank economist Ashraf Ghani.

The US, along with the UN, also urged the two candidates not to trade unproven fraud allegations, but both Abdullah and Ghani raised the issue immediately after polls closed.

“It is win or lose now,” said Kate Clark, director of the Afghanistan Analysts Network.

“The voting is only one phase of the election, and there is still a lot that could change. Being a good loser doesn’t gain you much here.

“If it is close and fraud looks to have been a lot, and either candidate wants to really make a fuss, then we could be in for months of wrangling.”

The 2009 election, when outgoing President Hamid Karzai retained power, was marred by massive fraud that shook the US-led international effort to develop Afghanistan after the fall of the Taliban regime in 2001.

A credible election and smooth handover of power would be a major achievement for Afghanistan’s backers after 13 years of hugely costly military and civilian assistance.

All foreign combat troops are due to withdraw by the end of this year.

“Allegations of fraud need to be addressed,” US ambassador James Cunningham said after polls closed on Saturday.

“But the candidates and their supporters should refrain from premature judgements and from criticism that is not supported with clear evidence.”

The preliminary result is due on 2 July, before the complaints period begins, and the final result is scheduled for 22 July.

“We have urged the candidates to act as statesmen, future presidents, rather than people simply in a competition with each other,” said Nicholas Haysom, the deputy chief of the UN mission.

Reflecting international fears of a contested result, he said candidates must “exercise patience” as the count got underway.

The Electoral Complaints Commission said it had registered about 275 complaints by Sunday morning.

“There were violation cases where the supporters of the presidential candidates forced voters to vote for a certain candidate,” said spokesman Mohammad Nader Mohsini.

“Supporters were also offering money for voters to vote for a certain candidate.”

He said allegations had also been raised of interference by election officials and the security forces.

Ahead of Saturday’s ballot the Taliban threatened to kill voters and officials, saying the election was an American plot “to impose their stooges”.

The two candidates came top of an eight-man field in the April first-round election, triggering the run-off as neither reached the 50% threshold needed for outright victory.

Both candidates swiftly alleged fraud after the closure of the polls.

Ghani called for a full investigation into vote-rigging, saying “unfortunately there were cases of security forces involved in fraud, we have the evidence”.