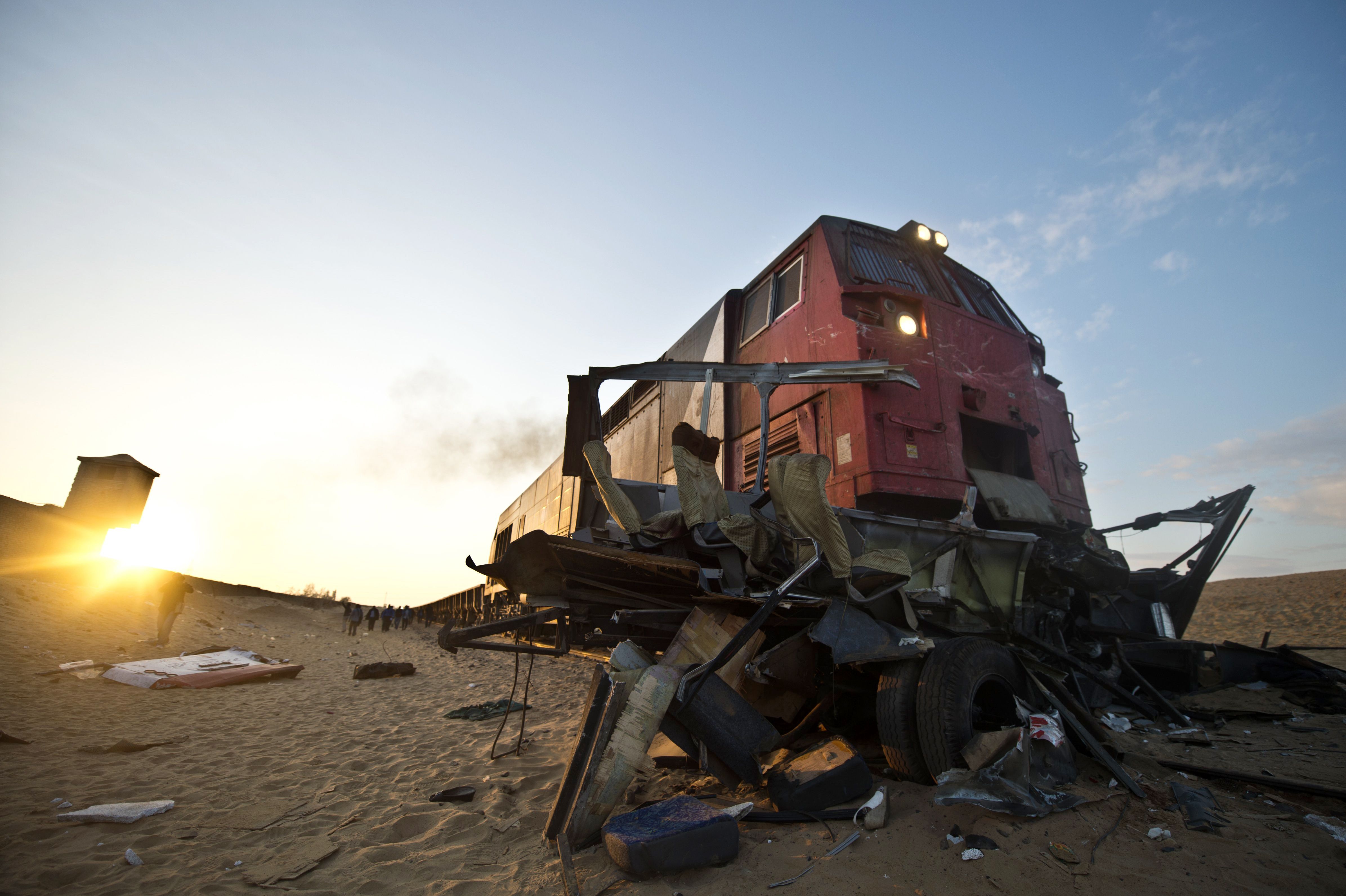 According to Al-Ahram, the engine and three carriages of the train overturned in the accident, leading to the injury of one policeman and four conscripts.

The accident caused train services between Cairo and Alexandria to be halted temporarily.

In March, a train travelling from Cairo to Aswan derailed in Sohag after loose rails caused the engine to slip off the track, dragging the train a distance of almost 108 metres. No injuries or deaths were reported from the accident.

Railways in Egypt have witnessed a number of fatal accidents over the last decade.

On 11 November 2012, a head-on train collision in Fayoum left three dead and dozens injured.  A week later, a train and a school bus collided in the Assiut, leaving 51 children died.

The following month a train collided with a microbus between Kafr Al-Sheikh and Tanta, injuring six passengers on the microbus.

On 18 November 2013, 27 were killed and 32 were injured when a cargo train collided with a bus and a truck at Dahshour railway crossing on the Cairo-Fayoum Road.

In January 2013, a train that was transporting Central Security Forces conscripts crashed in Badrashein, Giza leaving 19 dead and 117 injured. The last train car went off the tracks and smashed into an empty transport train.