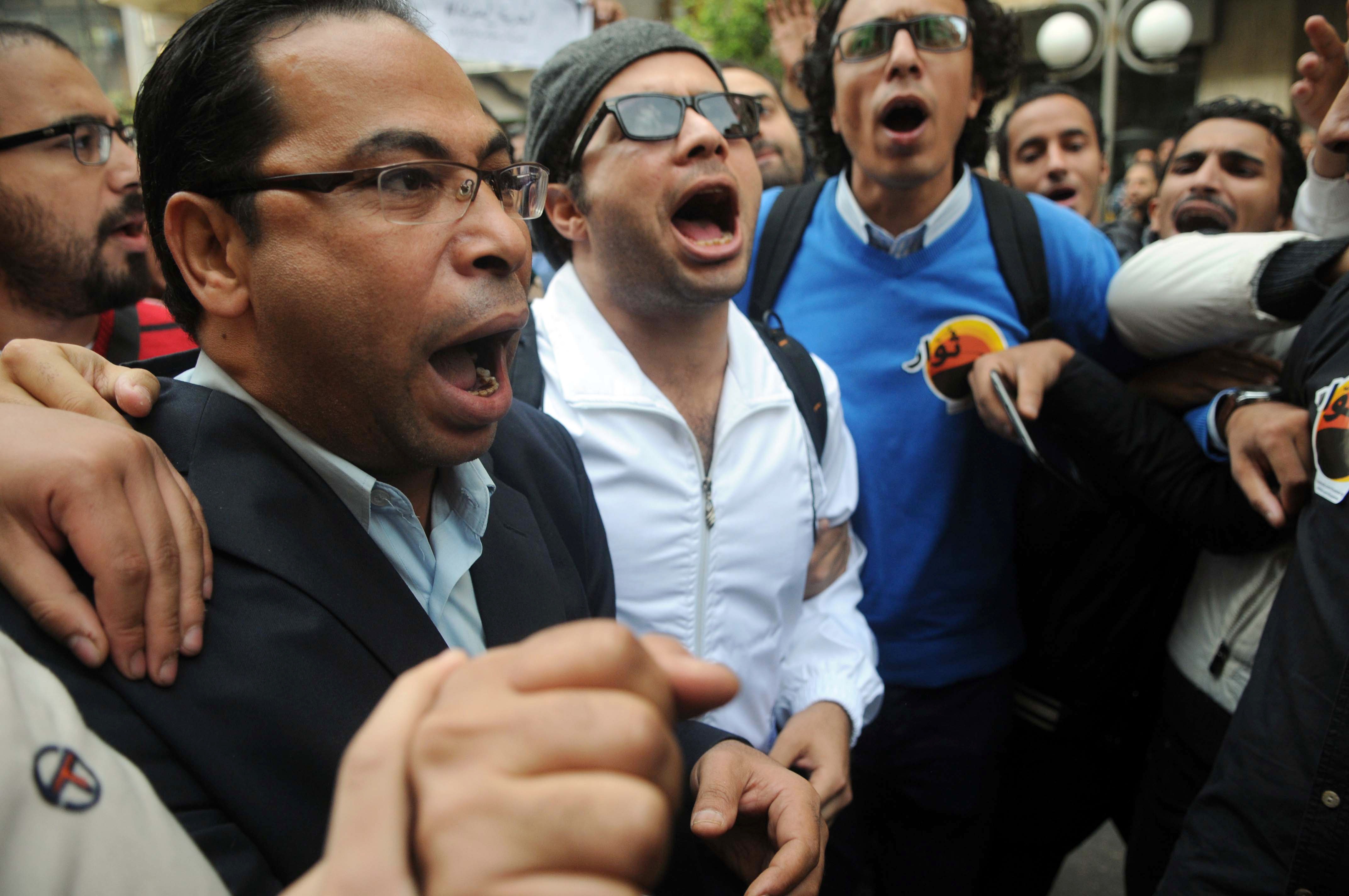 The Administrative Court allowed the appeal of the controversial Protest Law before the Supreme Constitutional Court (SCC) on Tuesday.

The SCC can cancel laws if they do not comply with the constitution; its rulings are final and cannot be challenged. The lawsuit specifically challenges the constitutionality of articles 8 and 10 of the Protest Law.

Article 8 of the law requires that organisers of any public assembly, be it a protest, march or general meeting, submit a written notice to the nearest police station with their plans at least three working days in advance. Article 10 allows the Minister of Interior or the concerned security director to cancel, postpone or change the route of a protest.

ECESR states that articles 8 and 10 “grant the Ministry of Interior absolute discretion to refuse the permission to organise a demonstration or public meeting, in violation of the constitutional provision which grants” these rights after only notifying the authorities.

The 2014 Constitution states in Article 73 that citizens have the right to organise peaceful public assemblies, marches and protests after notifying the authorities, leaving the manner of notification up to the laws. Al-Awady had previously said that the law goes against Article 73.

The Protest Law was issued by former interim President Adly Mansour on 24 November and has received hefty criticism from both local and domestic rights organisations and political parties in Egypt.

In a joint statement on Tuesday, several political parties announced the renewal of their condemnation of the law, which they described as “disgraceful and unconstitutional”.  The statement was signed by Al-Dostour Party, Al-Tayar Al-Shaaby, the Socialist Popular Allliance Party, among other parties.  The parties renewed their calls for amending the law, “which has become the legal basis for dozens of shameful and unjust verdicts”.

Many arrests have been made since the introduction of the law and many people, including several prominent political activists, have been sentenced in violation of the law. The latest verdict was that of activist and blogger Alaa Abdel Fattah and 24 others, who were sentenced to 15 years of prison and fined EGP 100,000 each for violating the law, among other charges. They are also to be placed under police observation for five years after serving their time in prison.

In May, an Alexandria court sentenced activist and lawyer Mahienour El-Massry and eight others to two years in prison and an EGP 50,000 fine for protesting last April. In addition, Ahmed Maher and Mohamed Adel, co-founders of 6 April Youth Movement, and political activist and blogger Ahmed Douma were sentenced on 22 December to three years of hard labour and fined EGP 50,000 under the Protest Law. Their sentence was upheld in April, unleashing an array of criticism.

Before its issuance, Human Rights Watch said the draft gives the police “carte blanche” to ban protests in Egypt, while Amnesty International warned that it would “pave the way for further bloodshed”.  A group of 17 domestic civil society organisations said that the legislation aims to normalise the state of emergency and turn it into a permanent state.