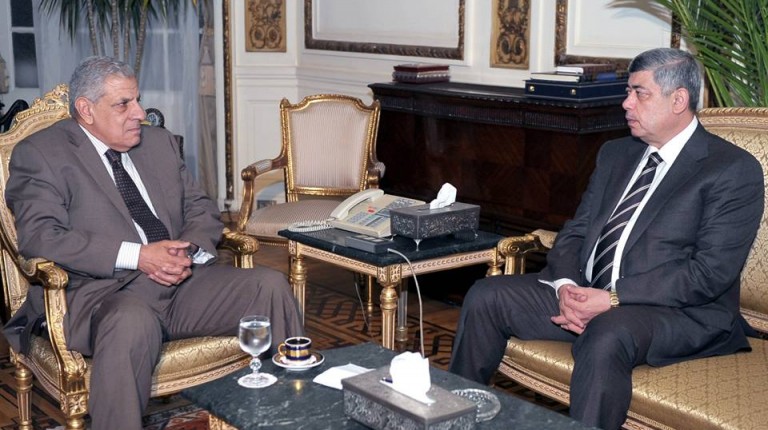 President Abdel Fattah Al-Sisi swore in Egypt’s new cabinet early Tuesday morning, to include 14 new ministers and increasing the number of portfolios from 31 to 34.

The revised cabinet has thirteen new faces, with Leila Iskander moving from her previous post as Minister of Environment to the newly created Ministry of Urban Development.

Former Ambassador to the United States Sameh Shoukry replaces Nabil Fahmy as Foreign Minister. Fahmy had held the post since the formation of the first interim cabinet after the overthrow of Mohamed Morsi in July 2013.

Twenty ministers retained their posts, including Minister of Interior Mohamed Ibrahim who was first appointed by Morsi in January 2013. Minister of Defence Sedki Sobhi also continues in his post, which he assumed after Al-Sisi resigned as defence minister to launch his presidential campaign.

The new Cabinet is headed by Prime Minister Ibrahim Mehleb, who was reappointed by Al-Sisi after he resigned as interim Prime Minister following the former defence minister’s inauguration as President.

Ministers who retained their posts: