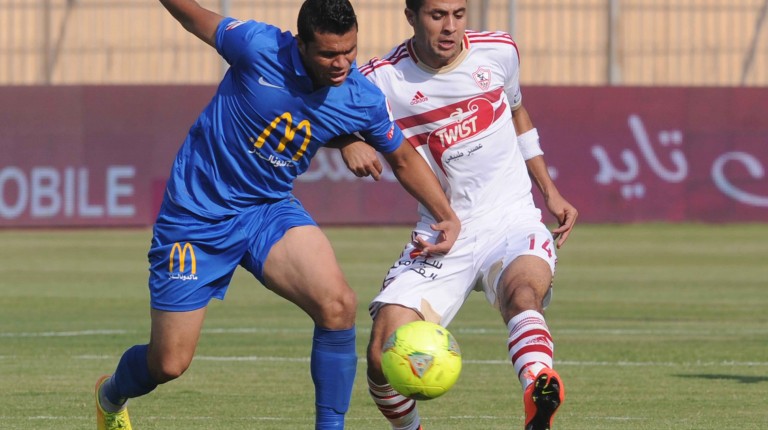 Only a win would secure a place in the all-decisive mini-league for Al-Zamalek, and the squad of Ahmed “Mido” Hossam lived up to the expectations. In a sensational duel, Ittihad El-Shorta, for whom a draw would be enough to make it to the mini-league, was beaten 4-3.

Saturday’s match started off poorly for the White Knights, as El-Shorta opened the score after 15 minutes. Al-Zamalek bounced back, taking a 2-1 lead before half time. As El-Shorta scored the equaliser in the second half, the Cairo giant seemed to be on its way to another lost season. In a dramatic last five minutes of the match, Al-Zamalek turned the tides with two goals, making it to the mini-league in extremis.

Al-Zamalek’s pursuit into the final stage of the Premier League as leader of Group B with 35 points, keeping second and third placed Petrojet and Ittihad El-Shorta behind on goal difference. Petrojet secured a place in the mini-league with a 1-1 draw against Ismaily, while El-Shorta was left with nothing after the decisive loss to the White Knights.

Petrojet and Al-Zamalek join Smouha and Al-Ahly in the final stage of the league. Al-Ahly secured their qualification last Thursday, beating Gouna one nil. The Red Devils confirmed their good form in the final round of Group A on Monday, defeating Misr Makasa by 0-3.

Smouha managed to qualify for the mini-league as well, despite a 2-0 loss to El Raja on Thursday. The Alexandrian club played 0-0 in the last round of Group A on Monday against Arab Contractors.

The draw for the mini-league, to be played between 27 June and 6 July, has been held on Wednesday evening, after this newspaper went to press.

Before the teams can turn their attention to the final stage of the league, they will make their appearance in the round of 16 of the Egypt Cup. Al-Zamalek plays Ghazl El-Mahalla on 21 June and Al-Ahly will face Al-Minya on 22 June. Smouha competes with Al Geish for place in the quarter final, while Petrojet did not qualify for the round of 16.