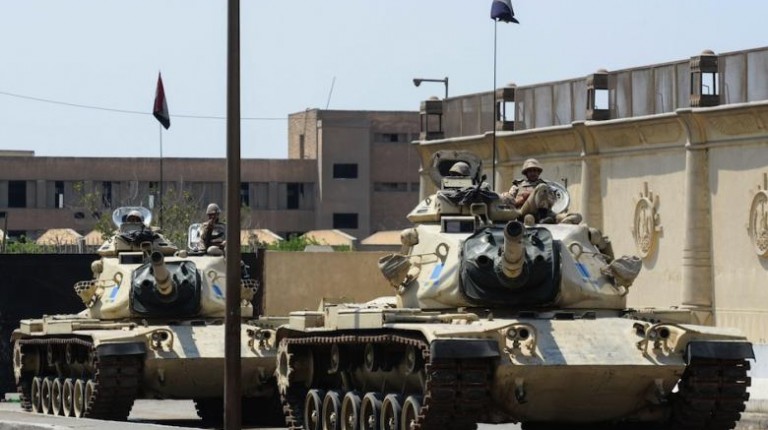 The American Senate Appropriations Committee proposed a 28% cut in funding to Egypt Tuesday which would bring total military aid down from $1.3bn to $1bn and would be subject to democratic and human rights stipulations.

The bill, which could reinstate the military aid frozen in November, is part of a $48.285bn package aimed at  protect a wide array of US security, humanitarian and economic interests around the world. The aid to Egypt is guaranteed in the Camp David Accords signed between Egypt and Israel in 1978.

The bill stipulates that another $150m would be made available to Egypt for economic assistance.

The bill stands in opposition to another foreign aid package proposed by House Republicans, who have offered $1.3bn in military aid and an additional $200m in economic aid.

Republicans like Louie Gohmert and Michelle Bachmann, both members of Congress, have been pressing the US government to increase aid to Egypt under the pretext of fighting terrorism.

“Together the United States and Egypt have dealt with the same enemy. It is a common enemy, and it is called terrorism,” Bachmann said in a televised address to Egypt during their visit to Cairo.

“I want to assure the people of Egypt that I, as a member of Congress, will stand strong in support of continuing military support for [Egypt],” she continued.

Egypt has been requesting the aid, which is made up largely of weaponry that the government says would allow it to fight a budding insurgency in the largely lawless Sinai Peninsula.

On 22 April, the American government allowed $625m in military aid, also announcing that it would send 10 Apache attack helicopters to aid the Egyptian military’s fight against the militant group Ansar Beit Al-Maqdis which allegedly controls large swathes of the isolated and underdeveloped peninsula.

The group, which greatly increased its activity following Mohamed Morsi’s 3 July 2013 ouster, has staged attacks both in Sinai and in the Nile Delta and Cairo.

The deadliest attack occurred on 24 December 2013, when a car bomb ripped through the Mansoura security directorate which left 16 dead and injured over 100.

The Al-Qaeda-inspired group has also claimed attacks against natural gas pipelines and tourists in an effort to cripple crucial government income sources.