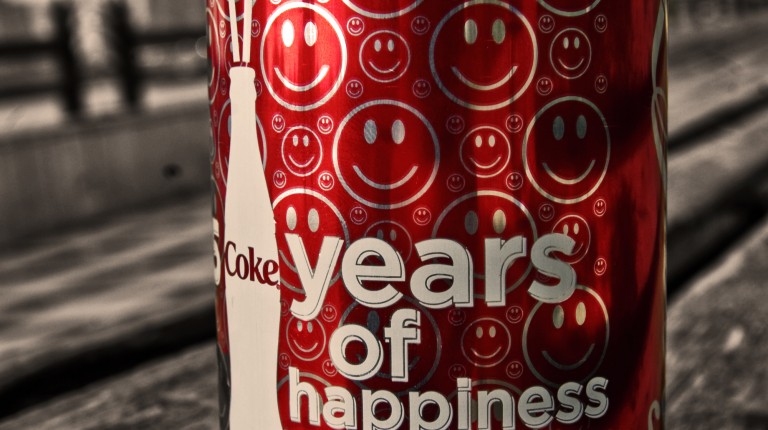 Exams finished, the four high school boys head straight from school to a small kiosk painted Coca Cola red to pick up a cold drink, or, as Egyptians say, a Haga Sa’aa. They lean on nearby parked cars as they sip, talking and laughing.

Such soda-drinking hangouts are a major part of Egyptian youth recreation.

Despite economic difficulties brought on by the 25 January Revolution, soft drink sales in Egypt have been steadily increasing, according to a report by the international market research firm Canadean Group. In the 2014 fiscal year, sales rose 4%, building on a 15% jump in 2010. Egyptians drink the highest number of carbonated drinks in the Middle East, which, analysts say, is on track to top the global soft drink market.

Why do Egyptians drink so much soda?

“Maybe it became a habit,” said Menna Sami, 25, a pharmacist who lives in the 6th of October neighbourhood of Cairo, who says she drinks about three bottles a week.

“I don’t have a soft drink dispensing machine at my work place,” Sami said. “But if I had one, I think I would have even more soft drinks.”

Market analyst group Euromonitor attributes the region’s high soft drink consumption to the high percentage of youth in Egypt’s population. About a third of the population is between the ages 10 and 24, according to the United Nations Population Fund.

To woo the youth population, advertisements portray soft drinks as necessary to “be cool”, Sami said.

Some soft drink companies piggybacked on the energy of the 25 January Revolution by tailoring ad campaigns to appeal to the youth’s desire to improve their country. In one campaign called “Crazy for the Good”, for example, Coca-Cola used colourful visual elements and smiling faces to mobilize people to do random acts of good for others. The company, which has the highest carbonated drinks sales in the region, hopes to double its revenue in the Middle East between 2010 and 2020, according to Euromonitor.

But soda isn’t just popular among youth. In Egypt, beverages like 7-UP, and Fanta have become synonymous with social traditions like hospitality and celebration.

Fatma Ismail, a 74-year-old housewife, thinks it would be a “shame” not to offer her guests something to drink. She keeps a 2 litre bottle of Coca-Cola and 7-UP in her fridge at all times just in case a guest shows up.

“It is easier to offer them soda than tea or coffee,” Ismail said. She prefers to offer her guests soda because “everybody likes it”.

Shaaban, a cashier at a middle-sized grocery store in downtown Cairo, said people routinely order soda for delivery, not only for guests, but also to celebrate birthdays, weddings or other occasions.

Soda sales are high year round, he said, but increase during the summer.

“Some kids come and stand around the corner drinking soda because they can’t afford to meet their friends in coffee shops,” he said.

Mahmoud, a waiter in a downtown coffee shop, said his customers don’t want hot beverages in the summer. But ‘”not all ahwas (traditional coffee shop) have blenders to make lemonade or other juices,” he said. Soda is an easy alternative.

A lot of customers also prefer to drink canned beverages to ensure cleanliness, he said.

Egypt’s love for fizzy drinks may be reaching an unhealthy level. Not only does the country have one of the region’s highest rates of soft drink consumption, but it also has one of the highest obesity rates. Egypt is placed among the top 20 countries in the world, according to the World Health Organization, with 69% of men and 84% of women over the age of thirty now overweight.

Sherif Shehata, 25, a software engineer from Giza, said his soda drinking habits have given him a “muffin top”. He has a free Coca Cola refill fridge at his workplace, so it is easy to grab a drink as many as three times a day.

Sugar consumption is one of the major drivers behind obesity, according to the Egyptian Medical Association for the Study of Obesity. One can of coke contains 33 grammes of sugar, according to sugarstacks.com, which is more than the daily sugar intake recommended by the WHO for an average 2000 calorie diet.

The government has tried to discourage Egyptians from drinking too many fizzy drinks by taxing sales 25%. In 2012, the former president Mohamed Morsi issued a tax raise on fifty goods including Soda. The decision raised public discontent and was cancelled a couple of days later.

For Shehata, the health risks outweigh the benefits.

“I decided to stop,” he said. “Mainly for health reasons – weight specifically.”