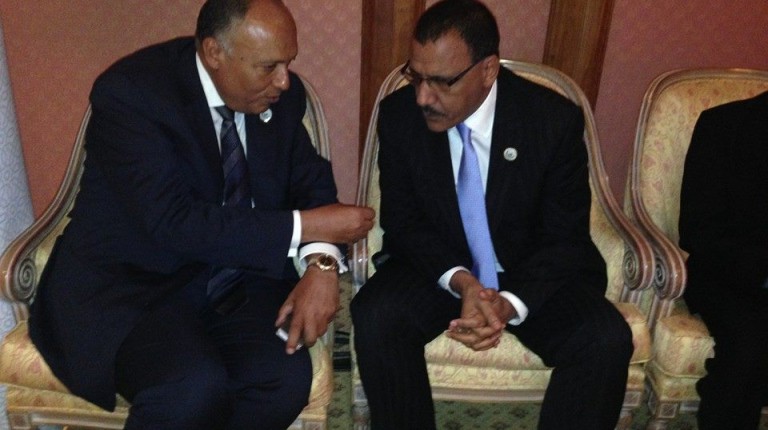 The OIC session was held on Wednesday and Thursday in Jeddah, making it Shoukry’s first official overseas trip after his appointment on Tuesday.

On the sidelines of the session, he met with Iraqi Foreign Minister Hoshyar Zebari to discuss internal developments in Iraq, a statement by the Foreign Ministry said. Shoukry stressed Egypt’s support for Iraqi unity and called on all national parties in Iraq to resolve their differences for a strong and inclusive state.

Shoukry discussed water security with his Sudanese counterpart Ali Karti, who welcomed the resumption of Egyptian activities within the African Union. Egypt was reinstated in the African Union earlier this week after a suspension of 11 months.

During his speech before the OIC session, Shoukry discussed the situation in Palestine, Libya, Iraq and Syria.  He also addressed the need to end all violence in Central Africa, and stressed need to halt discrimination against the Rohingya minority in Myanmar.