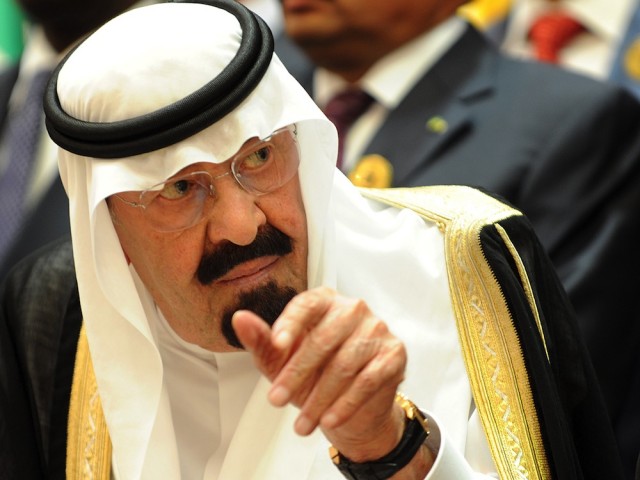 Saudi King Abdullah bin Abdulaziz Al-Saud is stopping in Cairo, a rare visit for the 90-year-old monarch on Friday evening on an official visit to Egypt.

“The Presidency values His Majesty’s stance in support of the will of Egypt and its people,” the statement read.

Saudi Arabia was one of the first countries to welcome the military ouster of former Islamist President Mohamed Morsi last July, following nationwide protests calling for his removal from power.

Following the dispersal of the Rabaa Al-Adaweya and Nahda encampments which left hundreds killed in August 2013, Al-Saud issued a televised speech saying his country stands with Egypt against terrorism.

The Saudi king is expected to attend a bilateral session during his short stay in Cairo on Friday, followed by an individual meeting with President Abdel Fattah Al-Sisi.

After the official announcement of the presidential election results, Al-Saud issued a congratulatory message to Al-Sisi. Al-Saud said: “We are pleased to congratulate you for the generous confidence of a people who have granted you their hopes, ambitions and dreams for a better tomorrow.”

The Saudi monarch added that the Egyptian people have suffered from chaos which has targeted and continues to target their security and stability.

Saudi Arabia, Kuwait and the United Arab Emirates have been vocal about their support of the power shift that occurred in Egypt last July. They have pledged billions in grants, deposits and petroleum products days after Morsi’s removal.