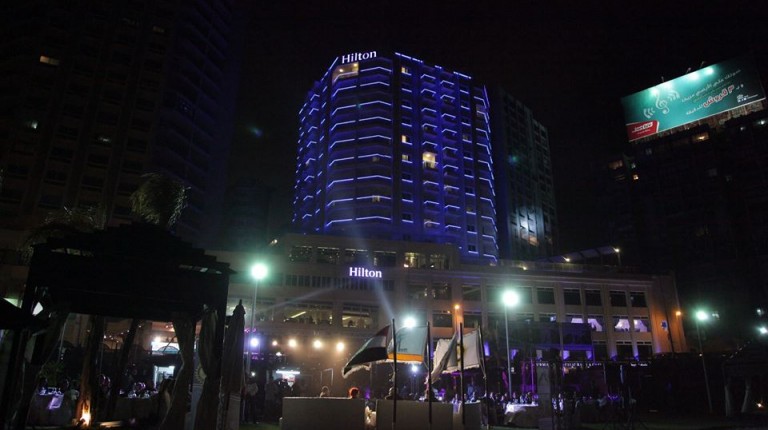 Occupancy rates at the Hilton Corniche Alexandria Hotel currently exceed 80% but are expected to fall to 50% with the advent of the month of Ramadan, according to an official at the hotel.

He added that occupancies may rise again after the month of Ramadan, which comes at the height of the summer season.

The Hilton Corniche Alexandria has a total of 118 rooms overlooking the Mediterranean Sea.

The official, who preferred to remain anonymous, added that Hilton Worldwide Hotel Management succeeded in entering into a contract with Qatar’s Al Faisal Holding for 15 years. Hilton expects to acquire five more hotels throughout 2015 and 2016.

The Hilton Corniche Alexandria is Hilton’s 19th in Egypt and was acquired by the company to its group operating in Egypt last June.

Hilton will launch a marketing plan to raise average occupancies in its Egyptian hotels with a focus on European markets, which are the main sources of tourists to Egypt, according to the official.

The Russian market is one of the most important markets in which Hilton wishes to raise its share, especially in light of the high number of Russians that have visited Egypt over the past five years, reaching 2.4 million by the end of 2013, the Ministry of Tourism said.

Egypt’s tourism market is very promising, the official said, and is should be able to attract more tourists if security and stability are achieved after the presidential elections.

Total occupancies in Hilton Worldwide Hotels in Egypt last year reached 75% and the company hopes to grow another 10% this year. Hilton witnessed a 10% rise in customers last year and as the onset of stability is widely anticipated, they expect to achieve a similar growth rate this year.

“European arrivals in the Hilton Corniche Alexandria represent a small proportion of our customers and the majority of our guests are currently Egyptians and Arabs,” according to the official.

The hotel depends on conference tourism as well as guests who stay in the hotel for two days or longer, as Alexandria is a promising tourism market for oil companies.