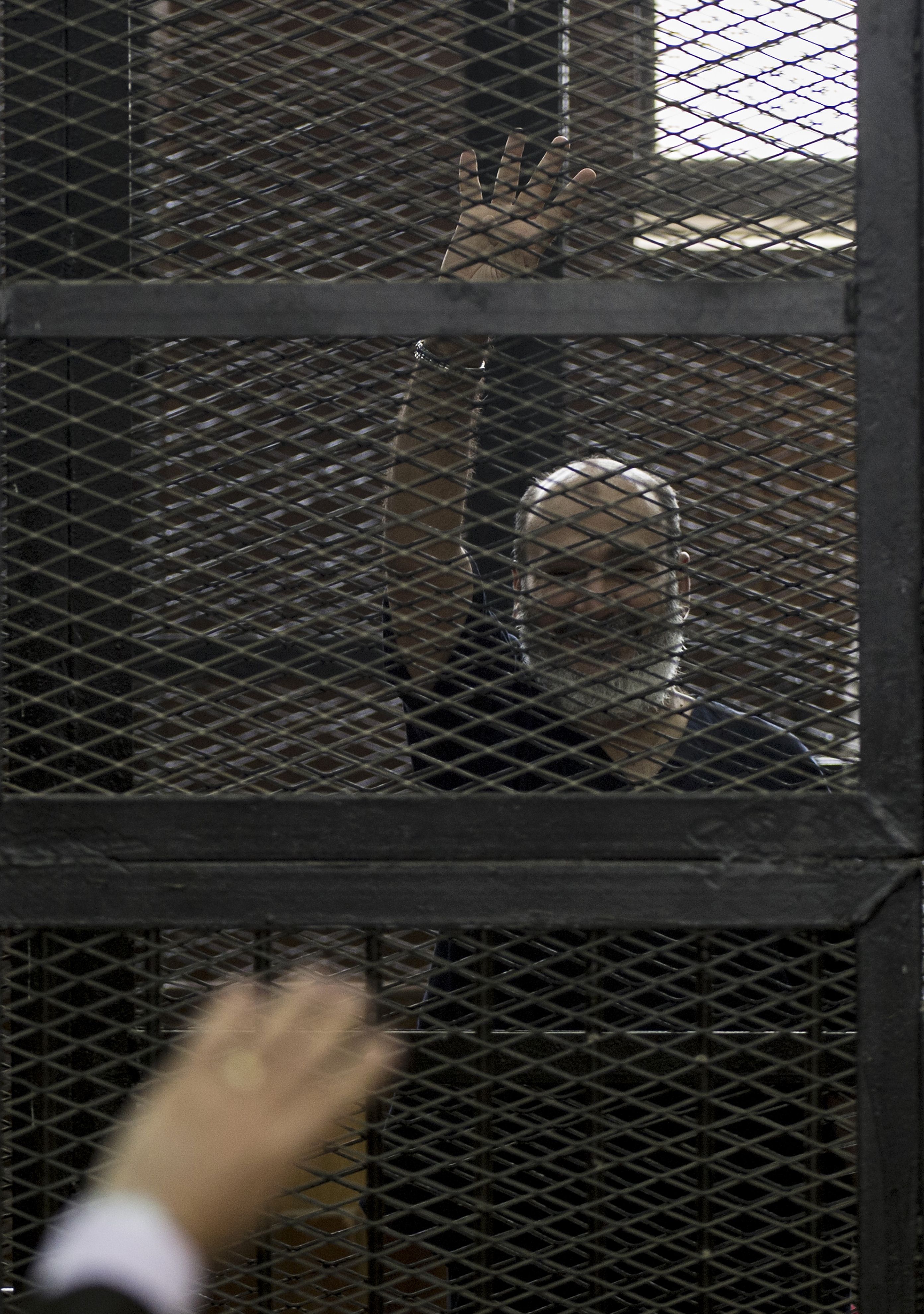 The Muslim Brotherhood decried on Friday the  14 preliminary death sentences handed down to leading Islamist figures last Thursday, describing the decision as a “unjust” and “a new military crime against humanity”.

The Brotherhood said, in an English language version of the Friday statement, the verdict was “shocking yet unsurprising” and criticised the trial proceedings saying it was “an unscheduled and incomplete trial which lacked even the basic semblance of due process”, adding: “No accounts were given by the so-called witnesses and further trials and sessions were yet to be held for this case”.

The preliminary sentences have been referred to Grand Mufti Shawqy Allam for consideration. His opinion is advisory and not legally binding.

The Friday Arabic language statement accused “the junta” of attempting “to turn Egypt into a Syrian model”.

The defendants faced charges of murder, attempted murder, planning and taking part in an illegal assembly, vandalising properties, and causing injuries in the vicinity of the Istiqama Mosque in Giza.

Four of the defendants were sentenced in absentia on Thursday, including Abdel Maged, who fled the country last year.

Badie had a death sentence for a separate trial upheld on Saturday by the Minya Criminal Court after it the preliminary sentence was referred to the Grand Mufti at the end of April for his consideration.

Al-Beltagy and Hegazy are also being tried for partaking in the kidnapping and torture of two police officers during the pro-Mohamed Morsi sit-in at Rabaa Al-Adaweya.

Badie was arrested from a Nasr City apartment on 20 August, less than a week after the sit-in at Rabaa Al-Adaweya was violently dispersed.