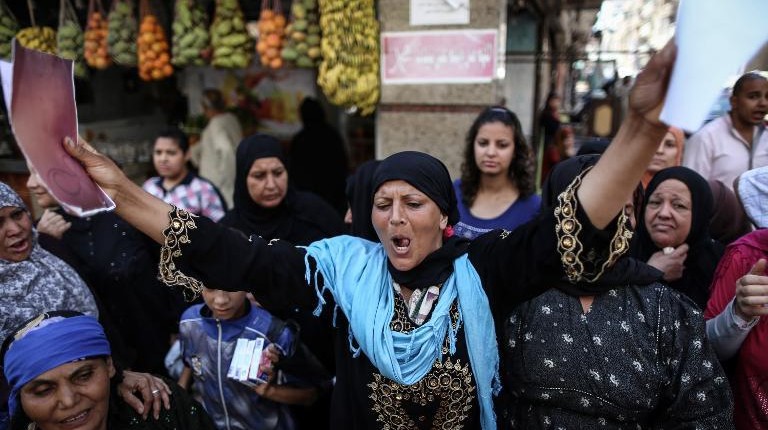 Four others in the case had their death sentences commuted to life in prison and the remaining 496 were acquitted.

None of the defendants were present in the courtroom, according to Defence Lawyer Gamal Abdel Hamid.  The lawyer initially said “over 180” had their death sentences upheld but was uncertain as he had not been handed the official court documents. International rights group Amnesty International described Saturday’s sentencing as a “new purge of political opposition” and pointed to the “Egyptian judiciary’s increasingly politicised and arbitrary attitude towards justice and the death penalty” in a statement released shortly after the verdict.

The rights group say one of its representatives present in the court on Saturday reported a “heavy security presence, with at least 20 security officers, many of whom were masked and holding machine guns”.

Hassiba Hadj Sahraoui, Deputy Director for the Middle East and North Africa at Amnesty International, said Egypt’s courts have recently “handed out death sentences at the drop of a hat”. She added that it is “the latest example of the Egyptian judiciary’s bid to crush dissent”. Sahraoui called on the Egyptian authorities to dismiss the sentence and to “order a fair retrial for all the defendants without recourse to the death penalty”.

Badie is among 683 whose death sentences were referred to Grand Mufti Shawqy Allam for consideration at the end of April. They are accused of killing two policemen and breaking into the Edwa Police Station on 14 August 2013, one of the most intense days of violence in the aftermath of the overthrow of former President Mohamed Morsi.

The ratified death sentences will automatically be handed to the Court of Cassation for appeal and if accepted, the case will be heard in the Minya Criminal Court by a different judge.

The Grand Mufti’s opinion is advisory and not legally binding; the final decision on whether or not to uphold a death sentence is taken by the court that issued the preliminary sentence.

The same judge presiding over this case also upheld the death sentences for 37 out 528 people who were convicted in March for attacking a police station and killing an officer during last summer’s violence. Prosecutor General Hisham Barakat ordered appeals for all of the sentences, including the 17 acquittals in the case.

The Minya Criminal Court’s mass sentences have drawn domestic and international condemnation. Eighteen domestic rights groups expressed “their disapproval of the involvement and the use of the judiciary as a tool to suppress political opponents”. The United States, United Kingdom, United Nations and European Union all expressed concerns over the mass sentencing.

The Egyptian authorities have repeatedly stressed that the sentences are part of a judicial process and emphasised the independence of the judiciary.