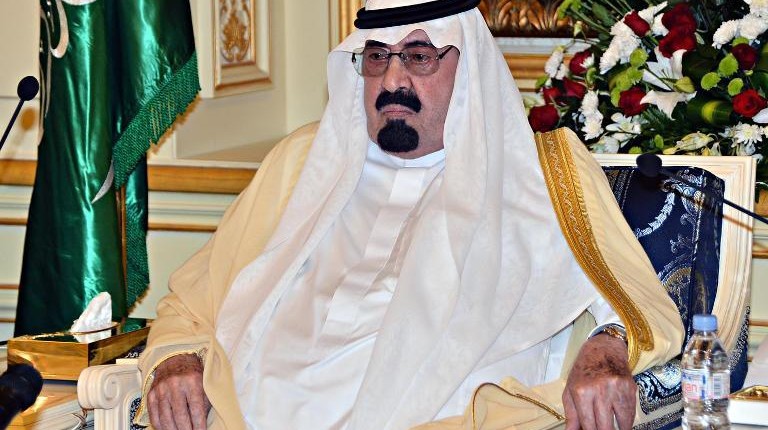 The Saudi King, 90, landed in the Cairo International Airport for a visit that only lasted hours, arriving from Morocco. He and Al-Sisi held talks inside the Saudi royal plane, discussing the “Friends of Egypt” conference, which will be organised to provide economic support for Egypt’s struggling economy.

Both sides expressed their keenness on seeing the conference succeed and Al-Sisi said that Egyptian authorities are preparing a vision to guarantee its success, Egyptian state-run television reported. The two countries will issue a joint invitation for the conference.

Upon the announcement of Al-Sisi’s sweeping victory in the presidential elections on 3 June, the Saudi Monarch was quick to congratulate him and called for “a conference for donor brothers and friends of Egypt to help Egypt overcome its economic crisis”. During his inauguration speech on 8 June, Al-Sisi thanked the king for the initiative.

Al-Sisi asserted that Egypt will be able to play its role in the Arabic and Islamic world, with the help of “brothers”, including Saudi Arabia. He expressed appreciation for the Saudi King by the Egyptian “leadership, state and people”.

The two sides also discussed developing bilateral ties.  Saudi Arabia has been one of the strongest and most vocal supporters of the power shift Egypt witnessed last July.  Since the ouster of former president and Muslim Brotherhood politician Mohamed Morsi on 3 July, the oil-rich monarchy has pledged billions of dollars in grants, deposits and petroleum products to boost Egypt’s ailing economy.

The president and king additionally agreed to work together to spread the values of moderate Islam, which denounce violence, extremism and terrorism and encourage coexistence in order to correct the mental image of Islam in the world, which has become connected with violence and terrorism.

Following the forcible dispersal of the Rabaa Al-Adaweya and Nahda encampments, which left hundreds dead in August 2013, Al-Saud issued a televised speech saying his country stands with Egypt against terrorism.

Within hours of his inauguration, Al-Sisi met with several Arab leaders including Saudi Crown Prince Salman bin Abdulaziz Al-Saud, who asserted Saudi’s “constant position of supporting Egypt and preserving its security and stability”. Egypt’s power change in July has received backing, both verbal and financial, from other Gulf states, including the United Arab Emirates and Kuwait, but resulted in a rocky relationship with Qatar, a strong Morsi backer.