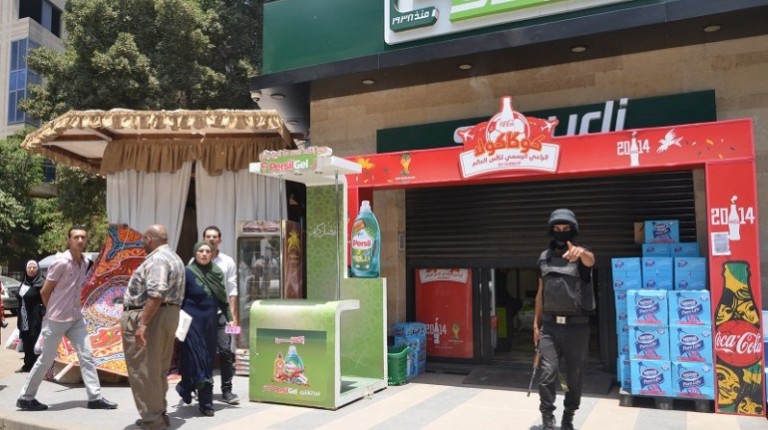 Supermarket chain Seoudi reopened its doors to customers over the weekend after government seizure and forced closure last Sunday for the alleged Muslim Brotherhood ties of its owner, Abdelrahman Al-Seoudi.

Following the supermarkets’ closures, Minister of Supply and Internal Trade Khaled Hanafy said the decision was made in order to put them under state custody, and not to nationalise, confiscate, or seize them.

Chairman of the Egyptian Company for Wholesale Trade Ayman Salem took charge of both supermarkets after their seizure. Salem announced that his company seeks to maintain Seoudi’s current management in order to preserve the supermarket’s familiar qualities.

However, Zad’s case will be different, noted Salem, as Wholesale Trade intends to offer a range of products at reduced prices.

Several posts on social networking websites have claimed that the state has applied a 30% discount on all Seoudi’s goods – however, several regular Seoudi customers denied the claims.

Salma Khalifa, a 24-year-old and regular customer of Seoudi Supermarket, denied any irregular prices on the supermarket’s merchandise.

“There were some promotions on a number of Ramadan products,” Khalifa said.

Soha Khalil, a 51-year-old homemaker, said that “prices are as usual”. Khalil said that she was thinking about boycotting Seoudi until she was assured profits would go to the supermarket’s “rightful owners.”

“I talked to one of the employees, and they said that the old management has not changed and asked us [customers] not to boycott the supermarket,” Khalil said.

The supermarkets’ seizure comes as part of the North Cairo Criminal Court decision to freeze assets of prominent Muslim Brotherhood leaders, along with several other Islamist politicians.