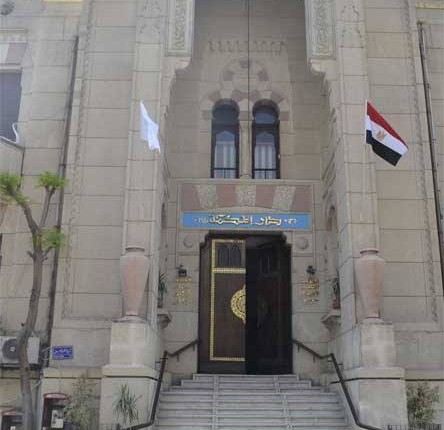 The Doctors’ Syndicate accused Health Minister Adel Al-Adawi Sunday of presenting doctors as scapegoats to the public and is hoping to see him brought to the syndicate’s disciplinary committee.

Syndicate board member Hossam Kamal filed a complaint against the minister, a syndicate statement said. The syndicate accused the minister of making press statements that offend doctors and the profession, “incite against doctors”, portraying them as responsible for the problems in the healthcare system.

The syndicate described this as a “dangerous sign”, of an attempt by the state to evade its responsibility towards the current condition of the healthcare sector. The Health Ministry’s media office was unavailable for comment.

The ministry has recently released statements on surprise visits paid by the minister and ministry officials to public hospitals, inspecting them and listening to patients’ views on service provided. After tracking violations, the minister has fined, suspended and dismissed several doctors.

Hossam said “the aim behind these visits is not reform” and that he believes there is a media campaign to distort the image of doctors and imply they are negligent. The problem with the healthcare system is not doctors’ negligence, he said.

Hossam stated that it the state’s budget for healthcare, less than 4.5% of the state budget, accounts for a share of the problems currently facing the healthcare system. Doctors have long demanded raising the health budget to at least 8 to 10% of the budget.

Kamal said there is no clearly defined system for training doctors. Emtiaz Hassoona, the syndicate’s external affairs committee rapporteur, said in a recent interview that of 10,000 medical student graduates, there are hospital training opportunities for only 4,000.

Doctors are also displeased with a recent decision the minister issued, when, following one of his field visits, he called on doctors to start work earlier, at 7.00 am.

The syndicate said in a statement that it is “completely surprised by the decision” and that it would come after having long talks on the problems with the healthcare system.

“The syndicate and several health experts have suggested several important themes for reform; starting work earlier was not one of them,” it said. It added that the decision does not solve any of the problems inside hospitals and called for the implementation of real reform steps.

Kamal said “he was much more cooperative at the beginning of his tenure”, whereas Rabat’s tenure had witnessed increasing antagonism between the syndicate and the ministry.

In one general assembly meeting, the syndicate demanded her dismissal as she “deliberately humiliates doctors and stands against their rights”.  Negotiations between doctors and Rabat had failed to dissuade them from holding several one-day long strikes early 2014.

Al-Adawi managed in May to bring doctors to suspend a partial strike they began in March. In negotiations between the striking doctors and Al-Adawi, they agreed that amendments would be made to laws in order to improve the compensation paid to doctors. Kamal said the strike was suspended based on these amendments and that they have yet to be passed by the presidency.

Former interim president Adly Mansour did however issue another law affecting doctors, securing some financial gains for them. Yet they still rejected it due to its significant differences from the law which they have for years been pushing for.

Kamal said this new law is not being consistently implemented, giving an example of two doctors working at the same level for the same hospital but receiving different salaries.

Kamal described the minister’s visits to hospitals as a “smoke bomb” to cover up for not issuing the amended law, and for the inconsistent implementation of the law issued by Mansour. He added that because of these two reasons, doctors are considering striking again.

In addition to raising the state budget for health, one of the main reasons doctors have been striking over the past years is the passing of the Staff Law. The law would organise financial and administrative affairs like training, promotions and working hours for all medical professionals in the public healthcare sector.

The most recent draft was reached through coordination between unions of all medical professionals and relevant ministries, and drafted after about 30 meetings.