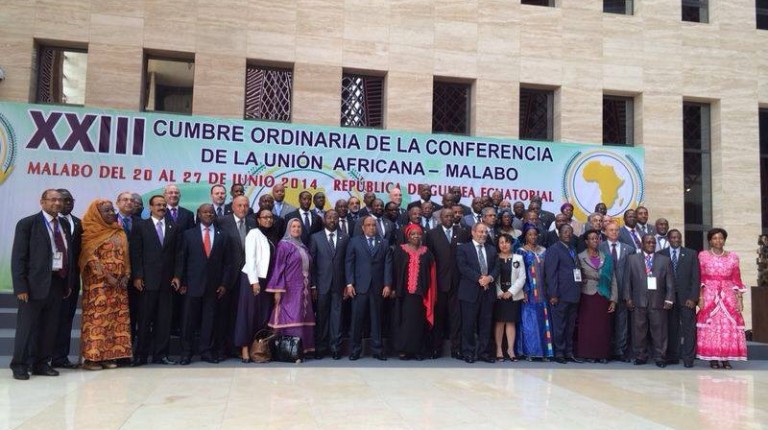 Foreign Minister Sameh Shoukry expressed his appreciation for the way in which Egypt has been welcomed back into the African Union after an 11 month absence due to a membership freeze.

Shoukry stressed “Egypt’s pride of being among the founding fathers of the African Union”. He added that despite the suspension, Egypt’s “concern” for African issues has not diminished, and that “Africa has always been and will remain a top priority for Egypt”, according to a ministry statement Monday.

Chairperson of the African Union Commission Nkosazana Dlamini Zuma, in her statement to the 25th Ordinary Session of the Executive Council, said: “We warmly welcome the delegation of Egypt, our dear brothers and sisters, back home.”

In his speech, Shoukry also affirmed Egypt’s support for the 2063 Plan, which he said “will serve as a link between the past and the present”. He praised the “detailed strategic plan” for the AU’s activities addressing “various aspects of economic and social development as well as issues relating to peace and security and laying the foundations of democracy and good governance”.

The foreign minister headed a delegation to attend a meeting of AU foreign ministers in Equatorial Guinea’s capital, Malabo. The visit is part of Egypt’s participation in a summit addressing issues related to agriculture and food security. The meetings come ahead of a Heads of State Summit on Thursday, when President Abdel Fattah Al-Sisi is expected to address the summit, as is tradition for a newly elected president of a member state.

During Monday’s meeting Shoukry emphasised the need to “provide sustainable funding for the activities of the union”. He pointed to the policy adopted by Egypt and other countries, in support of Sudan and South Sudan, and the joint efforts to “exempt debt and lift economic sanctions”, well as “supporting the efforts of reconstruction and development in South Sudan”.

The AU’s Peace and Security Council (PSC) suspended Egypt’s activities within the union last July having deemed the overthrow of former President Mohamed Morsi as unconstitutional and in violation of the AU Charter. The decision prompted a mobilisation from the foreign ministry that saw diplomats dispatched around Africa to explain the interim government’s view of Morsi’s ouster.

Egypt’s participation in the summit is its first activity within the union since the Peace and Security Council lifted the suspension last Tuesday, following the presentation of a report compiled by the AU’s High Level Panel for Egypt. In January, the panel, headed by Alpha Oumar Konaré, former President of the Republic of Mali, “affirmed the correctness” of the July 2013 decision by the PSC.