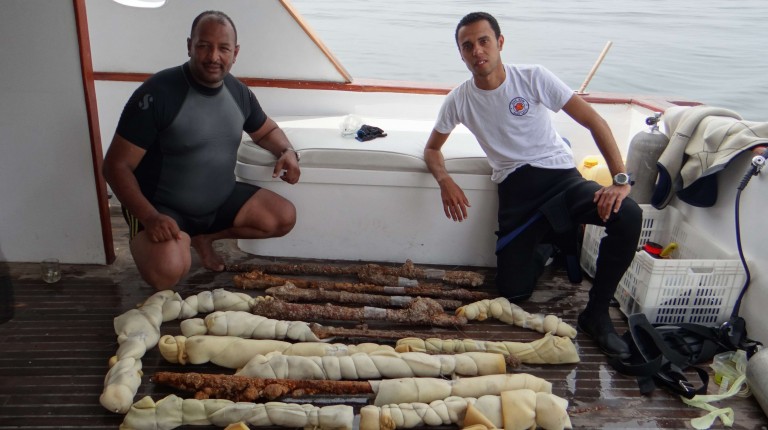 Russian underwater excavators, working in collaboration with the Egyptian Ministry of Antiquities, have found dozens of 18th century firearms near Alexandria’s harbour during an underwater search for sunken ships.

The weapons are believed to date back to the 18th century when Napoleon led an expedition to Egypt to protect French trade interests, undermine British access to India, and establish scientific enterprise in Egypt, Minister of Antiquities Mamdouh El Damaty said

El Damaty said the sunken French artillery was once on board “Le Patriot”, a ship in Napoleon’s fleet that sank near the eastern harbour of Alexandria.

The site lies close to Pharos Island, once the home of Alexandria’s ancient lighthouse, which was considered one of the seven ancient Wonders of the World. It was the third longest surviving ancient structure of the world, until it was destroyed by earthquakes in the first millennium. The rubble was later used by the Mamlukes to build Alexandria’s Citadel of Qaitbay.

El Damaty said the discovery opens the door for more research into this era.

For now, the artillery has been sent to the Restoration Centre at the Grand Egyptian Museum for further study and restoration, he said.