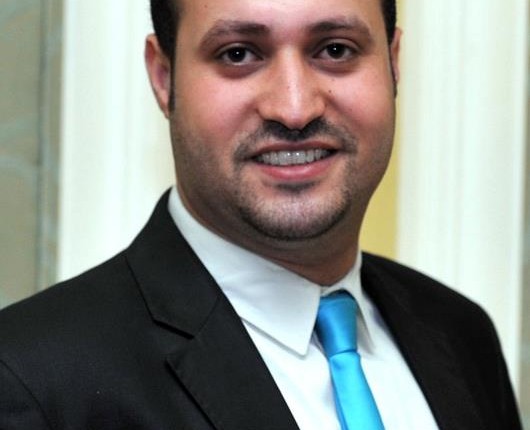 Today I am writing to you, Minister of Investment Ashraf Salman.

It is up to you if you wish, honestly and in the name of success, to listen to the masses. You must wage a fierce war on bureaucracy and administrative corruption, for even if you fail, the effort will be recognised.

As you have seen, positions in the government are no longer guaranteed. The current prime minister is an example; because of his presence in the street, he was promoted from housing minister to prime minister, and the current president decided to maintain him.

The issue of investment does not require more diagnosis, as this process has continued for years to no avail. You must begin implementation. However, you will confront figures who hinder you with inflexible government mentalities, opposing modernisation and unconventional solutions, so be on the lookout for them.

We do not want to hear things like “infrastructure investment remains strong”, “Egypt enjoys competitive advantages from its excellent geographic location” or “Egypt remains an untapped investment market”. Instead, let the local and foreign indicators and our business practices ranking prove your effectiveness.

You came from the realm of finance and business as a sort of “private” minister of investment, regarding your money and the money of shareholders, and as we are to understand, you succeeded in maximising the returns on those funds. Now it is upon you to maximise the returns on Egyptians’ assets as the public’s Minister of Investment. Beware of the lobbyists and their attempts to leverage decisions in their favour.

The business of military investment has a meaningful lesson for you as well. The reason the military succeeds in executing its work easily is that it enjoys broad powers with no interference from government agencies. You must extend those same powers to all government agencies, and following this, you’ll find that government retail trade companies like Banzaioun and Sednawy will compete with the malls and hypermarkets. The poor will benefit the most.

You have had a ticking time bomb on your hands since the time you were sworn in. Study the issue well; address it with unconventional and implementable solutions or fight to create a public business sector that serves as the investment arm of the government to control market prices. If you don’t, the exact opposite will happen, and the sector will transform into an unproductive burden on the State Treasury.

You must first repair the business environment in Egypt, confirmed by the World Bank to be poor, and create a venue for local investment before promoting foreign investment. You must increase GNP versus GDP, as Egyptians have failed to attract investments to the country.

Your predecessors at the head of the executive branch, the investment ministry, and the Investment Authority said they would to facilitate entry into the market. They said this would happen by quickly incorporating companies, but this has yet to occur. You know this by virtue of your previous work; so how does a local or foreign investor secure investments despite these access difficulties and how will he withdraw from the market? Thus, the investment window remains shuttered.

The law prohibits conflicts of interest. But did you not say that you have begun to withdraw your shares? You must quickly disclose to the public what has been implemented in order to properly devote yourself to your work.

We face international arbitration issues because of judicial rulings that allow state-owned companies to be privatised, and I assure you that the State Attorney is weak on these issues; the outcomes of the cases prove this. You must consult all parties, including investors for whom rulings have been issued making it impossible for their companies to be listed on the stock market and for their shareholder structure to be changed. An outcome that protects public funds and does not cause harm to serious investors must be reached.

There are leaders within your ministry that must be removed from service, excluded from the scene completely. They must be replaced with others capable of achievement, in a move arranged by your ministry from within. Regarding the issue of the public business sector, a public representative must be appointed from the inside, but new investment and administrative policies that are agreed upon through monthly follow-ups and evaluations of results and accountability need to be employed.

To be frank, the stock market does not finance growth and is not a mirror of the economy; it is an indicator that the foreign financial and business community views as essential to evaluating the economy. The number of companies listed on the stock market compared to the total number of companies incorporated under the Investment Authority is disastrous and will continue to be so as long as the proportion informal economy remains much bigger than the number of incorporated companies.

At the same time, the rise and fall of stock market indicators fails to speak to the widespread hunger experienced by the vast majority of Egyptians. You must correct this phenomenon and convert it into a tool for financing growth and disseminating financial culture among companies and individuals.

You will be stunned at the weak suggestions implemented by the government at the expense of other more powerful and well-thought out solutions. Do not be frustrated, as this is a political balancing act that you should not worry about. Instead, you must invest in jump-starting employment, livelihoods, and poverty reduction.

We wait for you to open the investment window so that we, the media, can begin our assessment of its success.

Mohamed Ayyad is a senior business reporter and former assistant editor in chief of Al Borsa Newspaper. Reach him at ayyadvip@yahoo.com.