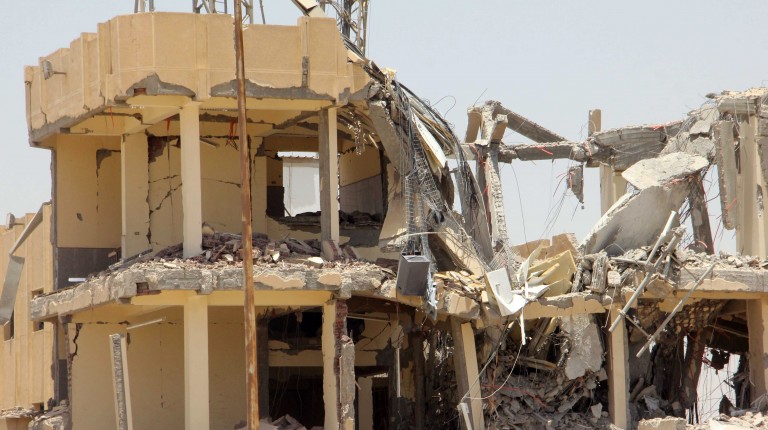 Two bombs went off in the electricity room of a construction city in 6th of October City on Saturday morning, killing a young girl and her mother.

The Ministry of Interior said the explosion happened at around 9am. The girl is the daughter of a guard securing the construction site. Civil protection forces and explosives experts were sent to examine the site, the ministry added.

Ahmed Al-Ansary, head of the ambulance authority, confirmed that the mother died due to her wounds after being transferred to hospital.

On Wednesday, at least five Improvised Explosive Devices (IEDs) went off in separate Cairo metro stations, leaving behind six injured and no deaths.

Egypt has been adopting the rhetoric of waging a “war on terrorism” since former Islamist President Mohamed Morsi’s military backed ouster. Morsi’s ouster has been closely followed by a militant insurgency in the Sinai Peninsula, targeting security officials. Such attacks have prompted a heavy military presence within the peninsula.