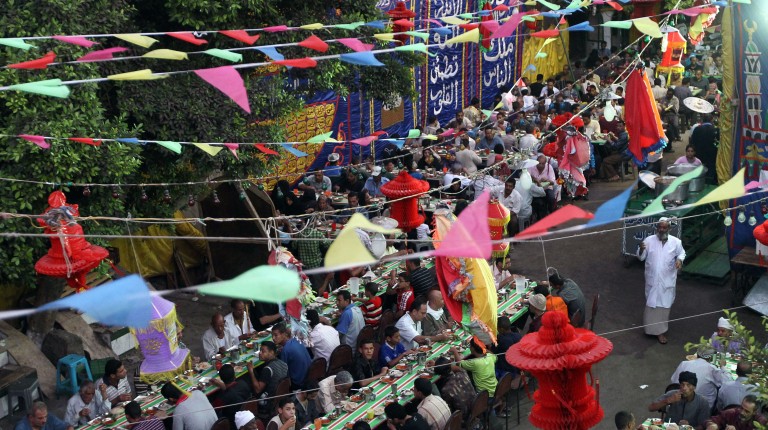 Commodities will be offered at a 30-50% discount rate in consumer complexes for the month of Ramadan, Minister of Supply and Internal Trade Khaled Hanafy announced Sunday.

Hanafy added that there is “a real competition between the public sector and the private sector in race of reducing commodities’ prices.”

Hanafy added that, during an opening of a supermarket chain in the 6th of October city, the supermarket requested to join the price reduction system and apply in its branches.

The supermarket chain also discussed the possibility of taking part in exhibitions, under the umbrella of the Ministry of Supply. Hanafy said that during the coming two days, several food exhibitions will be held in youth centres in different governorates.

On 13 June, the ministry stated that it has prepared to distribute tonnes of food and commodities at reduced prices during Ramadan. The discounted products are offered through the main three consumer complexes Al-Ahram, Al-Nile and Alexandria

Hanafy mentioned that a new system to distribute subsidised commodities using ration cards will start at the beginning of July. The new system will include 20 new food and non-food commodities, bringing the total of products’ accessibility to the average consumer to 30 or 40 different types.

The system will be carried over seven stages, where each stage will contain the inclusion of 200 bakeries. Each stage will take up to 2 days, with full implementation of the system in Cairo taking around 14 days.  Alexandria will soon follow Cairo, where the bread distribution system is expected to be carried out within two months, Hanafy added.

Around one third of the financial dues of bakeries Cairo will be paid within days, while the rest will be paid over instalments till the end of 2014.