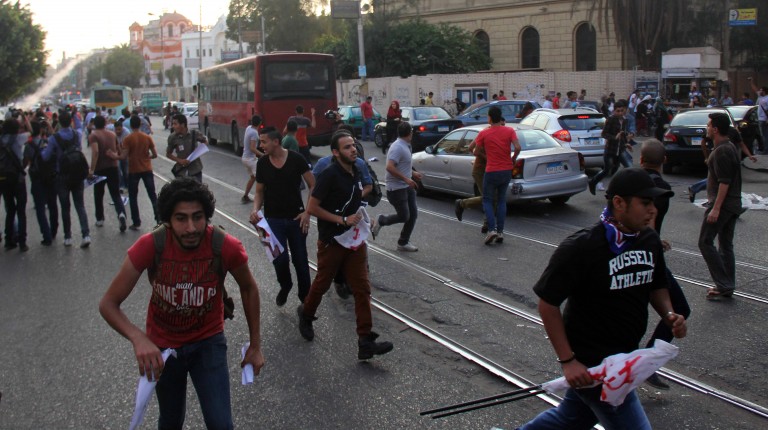 The Heliopolis Misdemeanour Court postponed on Sunday the hearing for 24 activists charged with violating the controversial Protest Law until 13 September, with the detainees remaining in prison as bail was denied.

Police arrested over 30 people during a demonstration on 21 June outside the Itihadiya Palace that called for the cancellation of the Protest Law. The protest also called for the release of those detained for violating it, with 24 referred to prosecution while others were released.

On Monday the prosecution released one detainee from custody while renewing the detention of the remaining 23.

The detainees were moved to prison on Tuesday, before the prosecution’s order of referral, said human rights lawyer Amr Imam. The seven girls arrested from the protest have been moved to Qanater prison, while the men have been moved to Tora prison.

The protest was organised by the family of imprisoned activist Alaa Abdel-Fattah, and included his sister Sanaa Seif, who was also arrested during the demonstration last week.

On 12 June, Abdel Fattah and 24 others were sentenced in absentia to 15 years in prison for violating the law.

Egyptian Centre for Economic and Social Rights lawyer, Ayman Abd Elmoati, announced on Wednesday that more than 500 people signed an electronic declaration stating that they called for the protest.