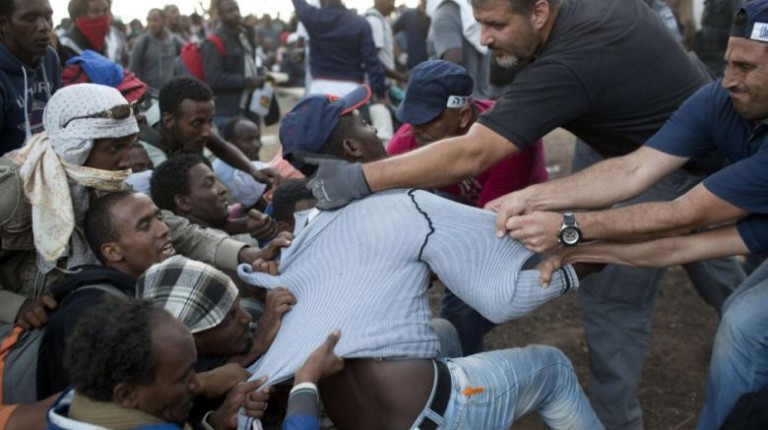 Around 1,000 African asylum seekers had left the Holothuroidea Detention Facility in Israel on Friday, making their way on foot towards the Nitzana border crossing with Egypt. They made the trip to protest their detention in Israel and to ask for United Nations help.

“Representatives of the UN Refugee Agency were present for the arrests,” said John Stauffer, President of the America Team for Displaced Eritreans.

Sivan Weizman, spokesperson for the Israel Prison Service which runs the Holothuroidea Detention Facility, had warned if the refugees did not return, police could arrest them and move them to closed detention facilities.

The refugees had been demanding their relocation back to Africa after several complaints regarding their detention facility. These complaints included their not being granted 48 hour leave, and that for nearly seven years they have not been given attention from international organisations. They also complained that they had attorneys examining their cases, but they had not received and feedback.

Representatives of Amnesty International and Hotline Israel had been present with the refugees at the scene to show their solidarity.

Israel does not deport refugees back to their countries, in compliance with the UN High Commissioner for Refugees directive not to endanger them. The state has, however, been putting significant of pressure on them to leave voluntarily, in exchange for a $3,500 grant, according to Israel’s left-wing newspaper Haaretz.