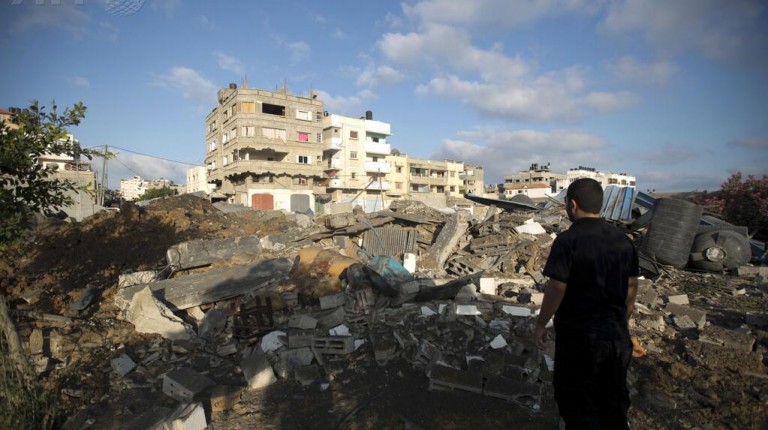 After 17 year old Palestinian Mohamed Abu Khudeir was kidnapped and found dead in Jerusalem on Wednesday, United States Secretary of State John Kerry said, in a strong-worded statement on Wednesday, that the US “condemns in the strongest possible terms the despicable and senseless abduction and murder” of Abu Khudeir.

“It is sickening to think of an innocent 17 year old boy snatched off the streets and his life´stolen from him and his family,” Kerry said.

Kerry added that those who “undertake acts of vengeance only destabilise an already explosive and emotional situation”.

The kidnapping of Abu Khudeir comes two days after the bodies of three Israelis were found on Monday by the Israeli Defence Forces (IDF) near Hebron. The IDF has blamed Marwan Kawasme and Amer Abu Aysha, whom it describes as “Hamas terrorists” for the kidnapp and murders.

The three Israelis, Eyal Yifrah, Naftali Frenkel and Gilad Sha’er, all teenagers went missing for 18 days before their bodies were found. International human rights watchdog Human Rights Watch has criticised Israeli military actions since the kidnapping and killing of the three Israeli boys.

HRW said in a statement on Thursday: “During raids on Palestinian towns, refugee camps, and villages, Israeli forces have shot and killed at least 5 Palestinians and arrested and detained at least 150 more without charge.”

She added the “teens’ killers should be brought to justice but mass punishment without trial merely creates more injustice”. HRW also said Israeli forces should take all feasible measures to prevent reprisal attacks.

Israel authorities are carrying out investigation into Abu Khudeir’s murder. Meanwhile tensions are mounting between the Israeli and Palestinian sides as rockets and mortars continue to land in Southern Israel. The Israeli army has responded with strikes on targets in Gaza and is mobilising troops to the south, the Haaretz reported.

The Egyptian foreign ministry condemned Abu Khudeir’s killing in a statement on Wednesday and reiterated its “full rejection and condemnation of all acts of violence” that lead to losses on both the Palestinian and Israeli sides. It renewed calls to exercise self restraint and end “the policy of revenge and collective punishment”.

Egypt added that the continued deterioration of the situation and the potential cycle of violence that may result, impose bringing to a complete end provocative policies, on top of which is settlement activity.

Similarly, the European Union (EU)  Delegation to Egypt said on Wednesday: “We condemn in the strongest terms the killing of a Palestinian boy in Jerusalem.” It added that the “perpetrators of this act must be brought to justice”.

“We are extremely concerned about the latest developments which increase the risk of further escalation and we call on all parties to exercise maximum restraint,” the EU delegation said. It welcomed the Israeli announcement of a swift investigation into Abu Khudeir’s death.