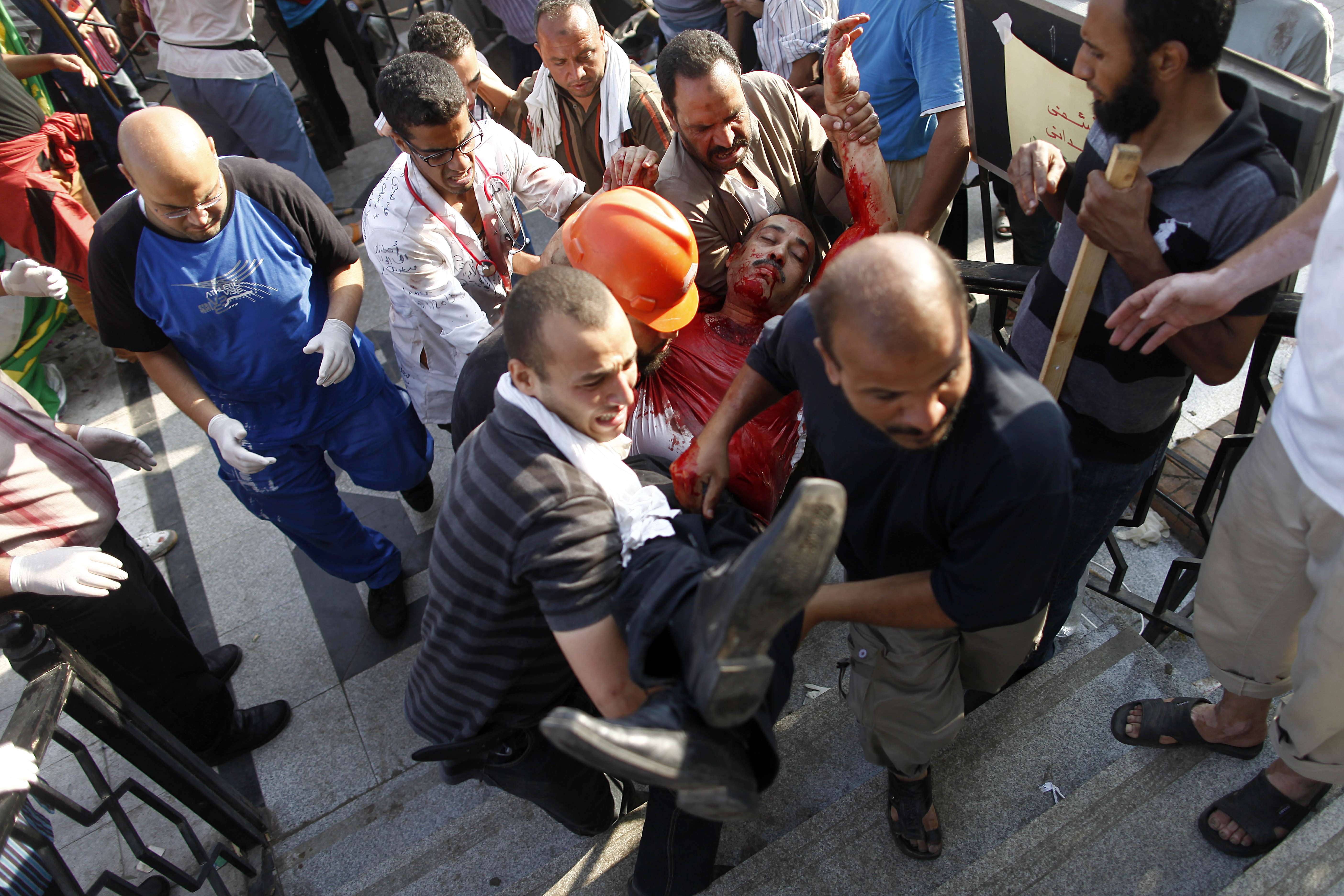 Deaths, injuries and arrests resulted from nationwide protests held over the weekend, organised by supporters of former Islamist President Mohamed Morsi one year after his military ousters last July.

The pro-Morsi Anti-Coup Alliance organised the protests, which started on Thursday, marking the one-year anniversary of the former president’s unseating, and resumed on Friday.

The Ministry of Interior said it arrested 10 protesters in Cairo while dispersing Friday protests. In a statement released the same day, the ministry accused the protesters of using firearms, birdshot and Molotov cocktails, as well as attempting to block the road. It added that two of those arrested are Muslim Brotherhood members; both were allegedly arrested while in possession of firearms.

The Anti-Coup Alliance said in a statement released on Friday that the Friday protests are the beginning of a week of rallies. He said protesters would “develop self defence measures while holding onto the peaceful nature [of their protests].”

The alliance added it would rally people on Saturday in memory of the first victim killed following Morsi’s ouster on 5 July 2013 outside the Republican Guards Headquarters. Protesters had rallied outside the building last year upon hearing that Morsi was held inside.

The Anti-Coup Alliance also promised that Tuesday would be a “new day of rage”, with planned protests commemorating the anniversary of the Republican Guards Clashes.

The alliance called on all to “line up with the revolution against … the coup.”

The clashes, which occurred on 8 July last year between protesters supporting Morsi and security personnel outside the Republican Guards Headquarters, left over 50 civilians and four soldiers killed. While pro-Morsi protesters claim they were attacked during their peaceful sit-in, the armed forces claim that the protesters instigated the violence by using arms and attempting to storm the headquarters.

Security forces forcibly dispersed a number of protests around the country on Thursday as pro-Brotherhood protesters organised marches. One protester was killed and others were injured during the dispersal of a protest in Haram, Giza.

In Helwan, a police officer was killed, while three were injured amid clashes on Thursday evening. The Ministry of Interior reported the arrest of 157 “rioters” on Thursday.