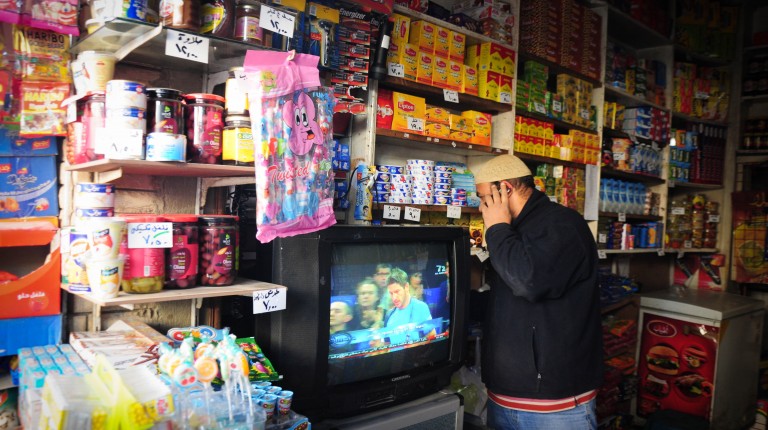 Fine white dust wafts up from the mountains of Al-Minya, Upper Egypt, like mist on a cold morning, hiding the thousands of young men illegally working in marble quarries scattered on the Nile’s east side.

Mohamed Ali Eddin has been photographing the workers since March, seeking to document their lives and bring their challenges to public view. The project was recently selected as a finalist for the Manuel-Rivera Ortiz Foundation’s award for documentary photography, a prestigious $5,000 international grant.

Ali Eddin’s project, “Quarry Life,” follows the workers’ daily routine. The rough terrain hasn’t produced many agricultural jobs, so 20,000 unregistered workers joined the quarries, according to the Wadi El-Nil Association for the Protection of Quarry Workers.

With an average daily wage of about EGP 50, Ali Eddin, a freelance photojournalist, said the job “pays relatively well compared to farming.” However, the working conditions are poor. Because most of the labourers are working illegally, it’s difficult to estimate the number of accidents, but Ali Eddin said it is common to lose a limb as a result of using “unsafe equipment”. Many workers lose a limb during their first week of work because of lack of experience poor training. But even experienced workers have sustained serious injuries working with heavy equipment designed to crush and cut rock.

Injured workers are taken to the public hospital in Assiut, two hours away, since the closest hospital in Al-Minya is not equipped to deal with such traumatic injuries. Work agreements are informal, so labourers who are injured lose their jobs and receive no compensation, Ali Eddin said.

“A sixteen year old kid lost his arm,” he said. “His bothers now work to support the family.”

Another risk quarry workers face is electric shock. Poorly insulated wires in the presence of morning dew have shocked many workers, killing at least 200 from Nazlet-Ebeid village in Al-Minya alone, Ali Eddin said.

Most work in the quarries happens in the early morning, but quarries owned by tribes in the mountains operate late into the evening as well because they have manpower to protect themselves, Ali Eddin said.

Despite the risks they face, children under the age of 16 work in the quarries. The average age of workers is between 12 and 35, Ali Eddin said; however, some children begin work at the age of 9. By the time workers reach their thirties, most of them suffer from silicosis and lung fibrosis as a result of the exposure to silica dust in the quarries, he said.

Ali Eddin’s project will be exhibited along with the other finalists’ projects in Galerie Huit Arles in France between 7 July and 9 August.

The project, a part of UNDP’s campaign to raise awareness about the workers’ conditions, is a continuation to Ali Eddin’s interest in covering life outside Cairo, where people suffer from lack of services.  His previous work includes “Egypt Landmine Legacy,” a project on the inhabitants of Egypt’s north-west coast who suffer from the legacy of landmines set during World War II, and “Kharaba Mall,” which features an informal settlement rising on the outskirts of Cairo.