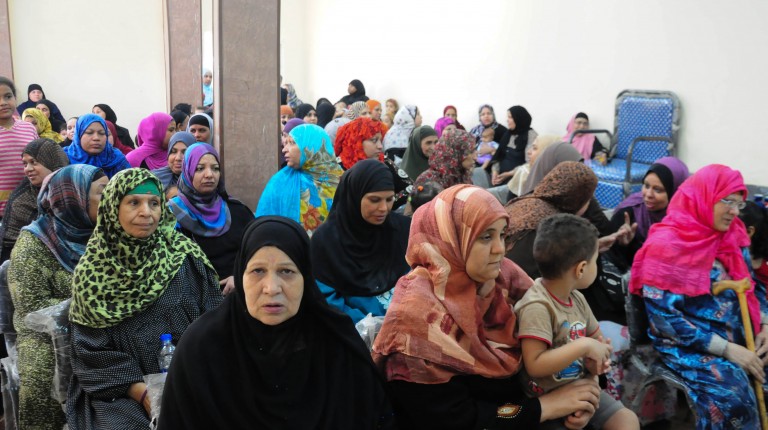 The Egyptian Association for Comprehensive Development (EACD) is ardently opposed to female genital mutilation, a traditional practice of cutting a girl’s genitalia to ensure chastity.  But when it sends doctors to speak to low-income Egyptians about the risks of getting their daughters circumcised, the nonprofit dances around the issue.

“We can’t tell people that FGM should be totally avoided,” said Abeer Hamdy, the NGO’s media officer. “It is so embedded in the culture.”

Instead, during a recent series of conferences conducted across Egypt in cooperation with the Ministry of Health and a coalition of other nonprofits, EACD set out with the goal of convincing Egyptians to consult with a doctor before making any decisions. Informational meetings were held in 11 Egyptian cities.

“It might be required in individual cases,” said Dr. Azza Salama, a government health worker in Dar El-Salam who spoke at the conference. As a girl reaches puberty, her mother needs to take her to a hospital – not a private clinic – where a doctor will decide whether she needs to undergo circumcision or not, she said.

Whether it was tahara, the term used for circumcision in Egypt which literally means purity, or an “alleged religious mandate,” a girl’s chastity is ensured by the way she was raised up at home, not circumcision, Sheikh Ahmed Selim, a representative from the Ministry of Religious Endowment, told the women.

In the neighbourhood of Ezbet Khairallah, more than 100 women made their way down the cracked rocks of the hill range that hugged the neighbourhood, to attend the conference at their neighbourhood mosque. Organisers offered the women gifts to motivate them to attend. Some women listened intently; some chatted with friends or played with their children.

Despite a legal ban, 91% of Egyptian women between the age of 15 and 49 have been circumcised, according to a report by Demographics and health reports in 2008. Seventy-two percent of these cases were circumcised by medical personnel, according to UNICEF.

The World Health Organization has condemned the practice of FGM by health care professionals, including in public and private clinics. FGM is a “violation of girls’ and women’s right to life, right to physical integrity, and right to health,” WHO wrote in 2010 report titled, “Global strategy to stop health-care providers from performing female genital mutilation.” WHO said health professionals who perform FGM are violating the fundamental ethical principle: “do no harm,” espoused by the World Medical Association’s Declaration of Helsinki.

FGM damages healthy genital tissues, resulting long-term sexual, psychological, and obstetrical complications, such as difficulties with childbirth, WHO wrote. Mothers who have undergone FGM are more likely to lose a child before delivering.

FGM has been illegal in Egypt since 2008, carrying a sentence of up to two years or a fine between EGP 1,000 and EGP 5,000. But the government did not prosecute its first case until June 2013, after a  13-year-old Suhair Al-Bate’a died as a result of a botched FGM procedure. Suhair’s father and her doctor, Fadl Raslan, are expecting a verdict in July.

Reactions to calls for the ban of FGM were divided. Despite the fatwa (religious ruling) issued by the Grand Mufti Ali Gomaa in 2007, stating that FGM has no Islamic basis, some religious leaders still lobbied for the practice. In 2008, for example, right after the law criminalising FGM was passed, two Islamist lawyers, Hamed Seddik and Youssef El-Badry filed a lawsuit to cancel the law. It was rejected in 2013.

Former minister of health Ali Abd El-Fattah medicalised FGM in public hospitals in an attempt to “limit the practice of FGM” in 1994, a month after he made a statement that the practice should be banned, according to Equality Now, an NGO working to end violence and discrimination against women.

At the time, Aida Seif El-Dawla, Al-Nadim Centre for Human Rights, a human rights activist condemned the government for legitimising a practise that was developed as a political means to “balance power” at women’s expense.