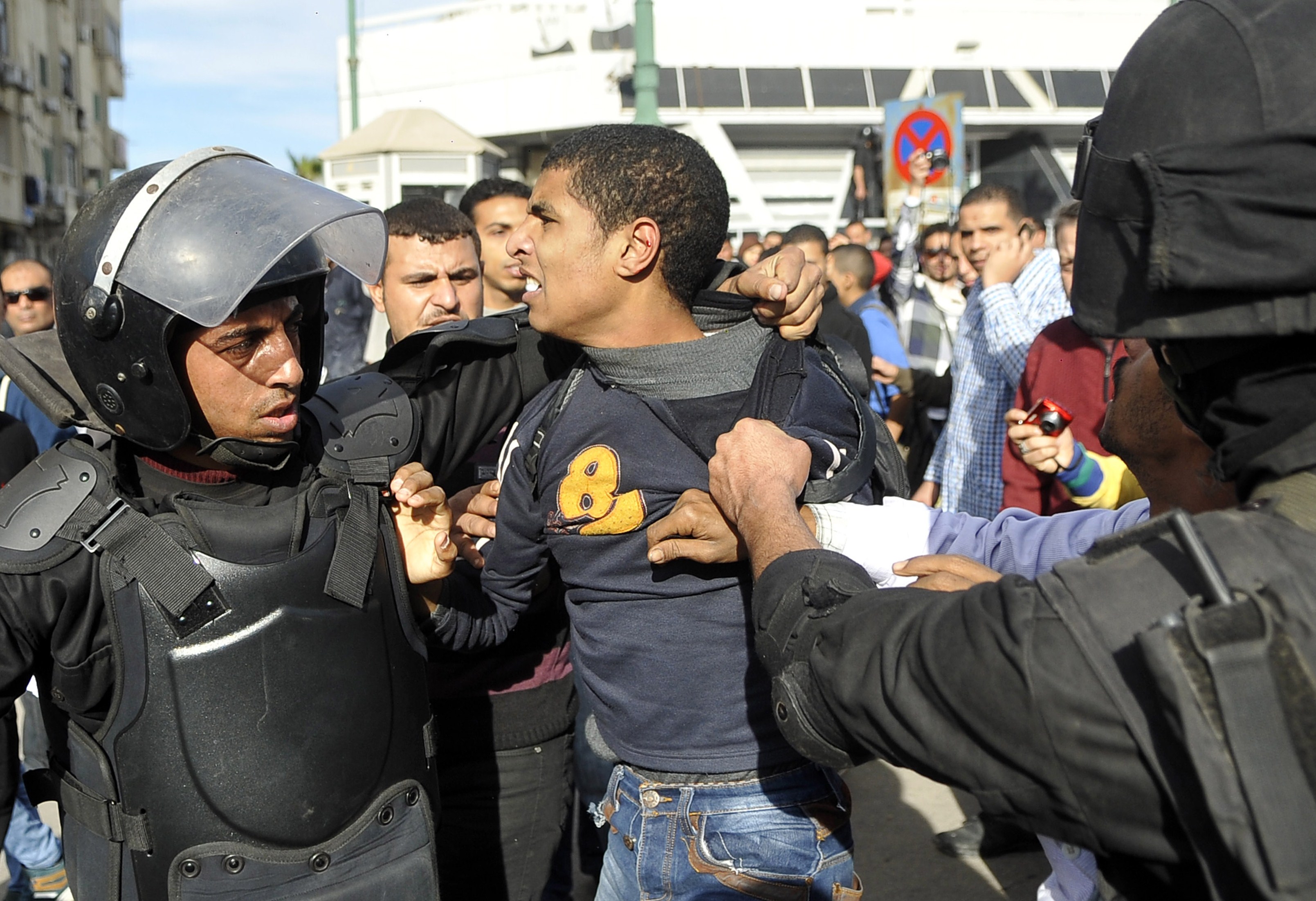 The Alexandria Misdemeanour Court sentenced 50 supporters of former president Mohamed Morsi Tuesday to five years imprisonment and an EGP 20,000 fine for violating the Protest Law, according to state owned MENA.

The defendants were arrested in a pro-Morsi rally in Alexandria during the violent crack-down in December 2013. They are facing charges of thuggery, defying police forces, and vandalising public property.

Of the fifty, thirty-six were sentenced in absentia.

“The rest will get the chance to appeal the verdict,” said Mohamad Awad, a lawyer with the Egyptian Initiative for Personal Rights (EIPR).

Awad said there are several reservations over the verdict.

“First, there was no physical evidence of vandalising public property, and only a serial number of a public transportation bus is mentioned in the case files,” he said, “Also, no reports from the traffic police department were submitted to the court to prove that the defendants were blocking the road.”

Finally, Awad mentioned that the court argued the defendants caused injuries to passers-by, but added: “However, no one reported or presented an accusation to the court; meaning that there is no victims in the case.”

The controversial law is officially known as the Law to Regulate the Right to Public Meetings, requiring protesters to acquire approval from the police to stage a protest. The law also states that security forces must first use verbal warnings to disperse potential protests. If not, police forces have the right to use water cannons, tear gas, warning shots, and rubber bullets.

“In many cases, the police do not stick to the procedure of dispersing the protest,” Awad said, “They just resort to arresting and physically confronting the protesters.”

The law was issued by the decree of interim president Adly Mansour in November 2013, and places heavy restrictions on demonstrations and expression of opinion, with any participants facing jail sentences.

“The law is considered a violation of the 2014 constitution,” said Hamdy Khalaf, a lawyer also with EIPR, “It is expected that a plea will be presented before the Supreme Constitutional Court.”

A lawsuit was filed on 17 June by the Egyptian Centre for Social and Economic Rights (ECESR), an NGO directed by lawyer Khaled Ali. The lawsuit challenges the constitutionality of articles 8 and 10 of the Protest Law and demands their cancellation.

A number of human rights organisations and political parties condemned the law as a tool to ensure the absence of freedom of speech.

EIPR issued a report last month stressing the law’s revocation in its current form. International human rights watchdog Amnesty International said that many people have been arbitrarily arrested by security forces and held in complete deprivation of their rights.

The Egyptian Social Democratic Party (ESDP) also criticised on 29 June the Protest Law, calling on politicians and lawmakers to repeal it.

Recently activist Alaa Abdel Fattah, lawyer Mahienour El-Massry and blogger Ahmed Douma among many others have received harsh sentences in different cases for violating the Protest Law. They have also faced other charges including  “thuggery and  blocking roads” and heavy fines.