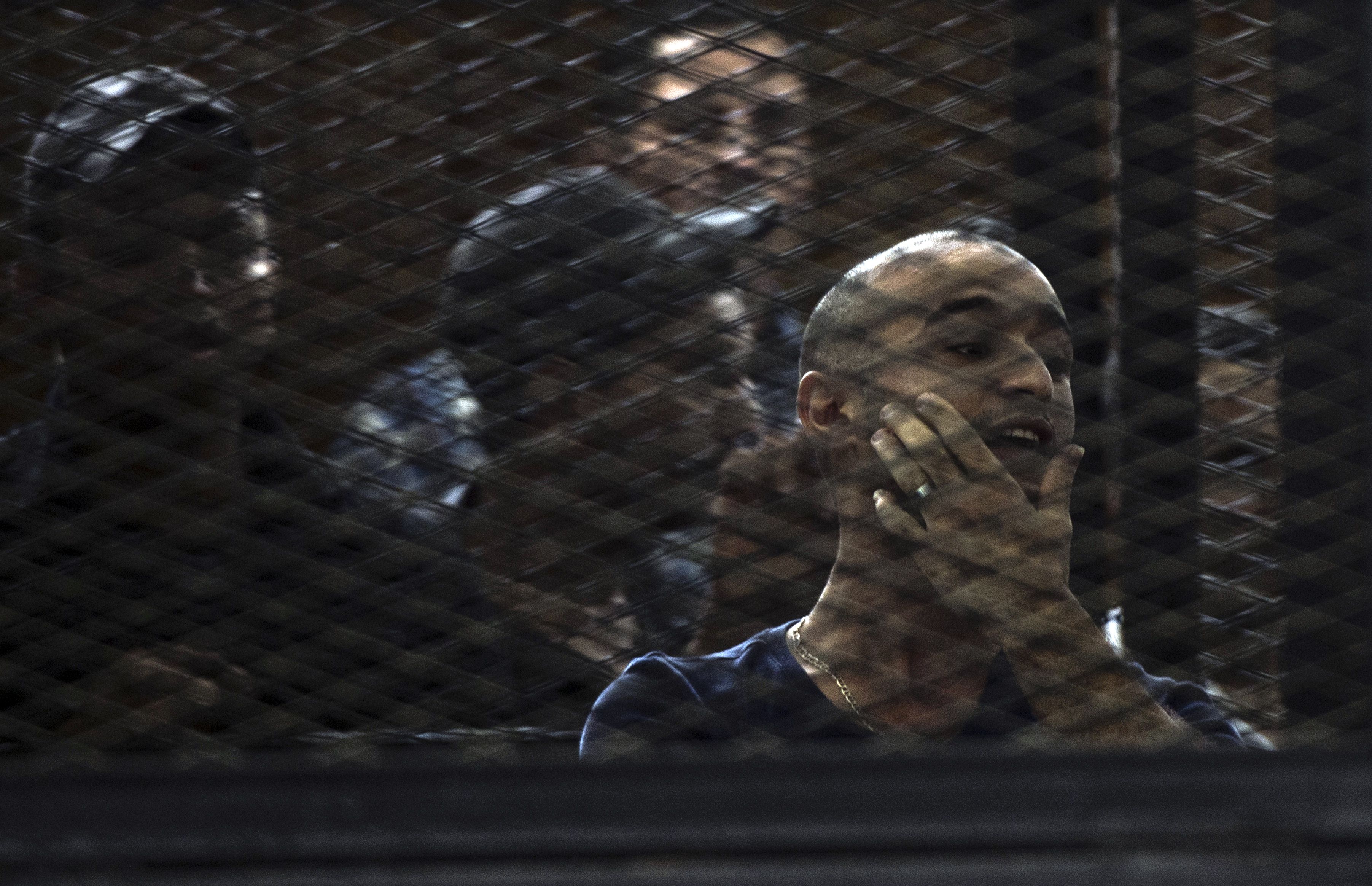 The trial of Ahmed Douma and 268 others, relating to 2011 violence, was postponed Wednesday until 4 August.

Douma allegedly was one of the organisers of the sit-in, although he added that he was not present in the area when the violence started.

Douma was sentenced on 22 December to three years’ hard labour and fined EGP 50,000 alongside Ahmed Maher, co-founder of the 6 April Youth Movement, and Mohamed Adel, co-founder and member of 6 April’s political bureau.

The trio was convicted of protesting without the Ministry of Interior’s approval under the controversial Protest Law, rioting, “thuggery”, using violence against Abdeen Courthouse security personnel and possessing melee weapons.

The United States Department of State also issued a statement shortly after criticising the ban on 6 April, saying that such a ruling is “troubling” and opposes basic democratic principles.

The US called on the Egyptian government to allow peaceful political activism.