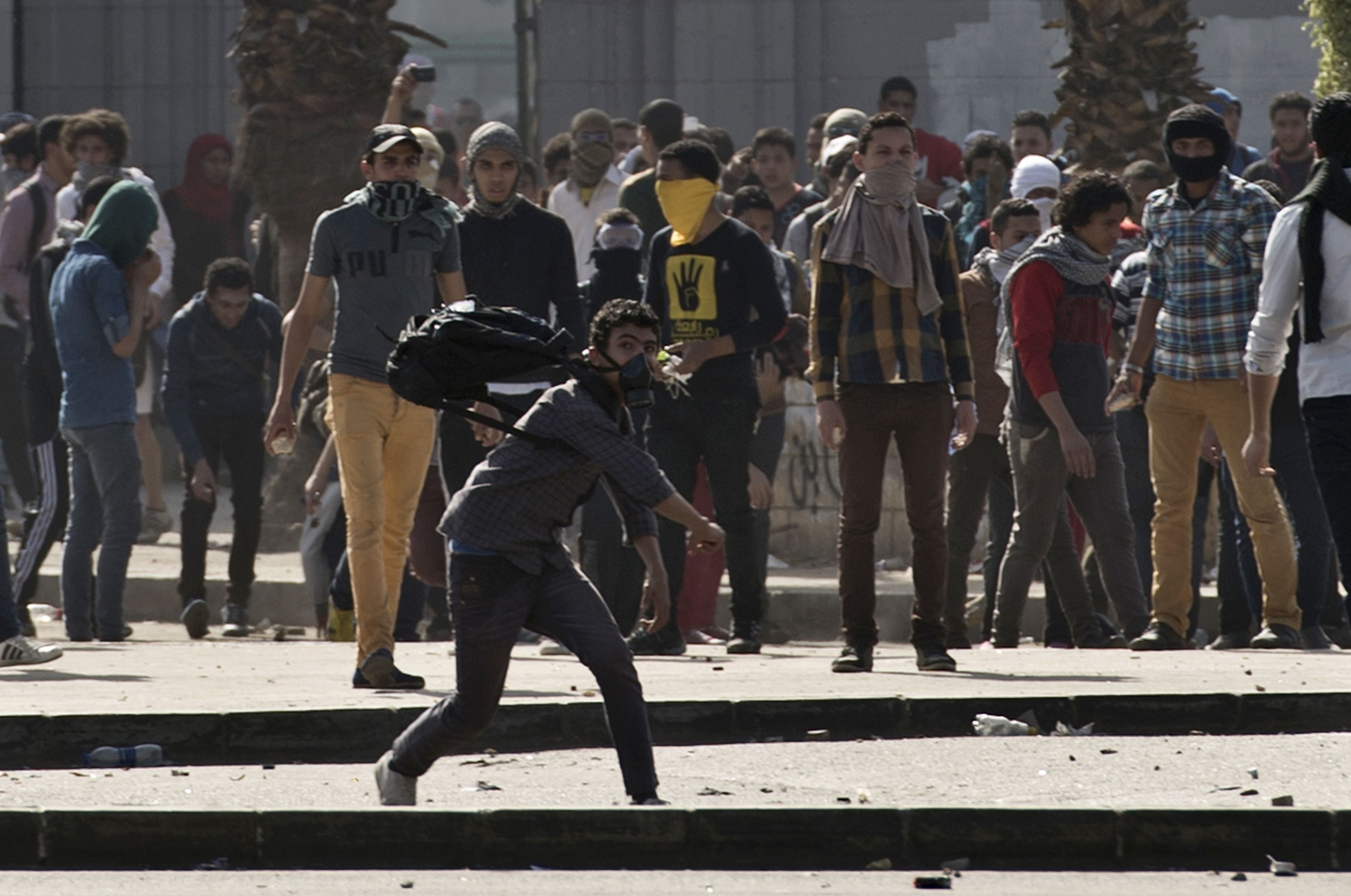 At least 90 students have been expelled from Cairo University throughout the past academic year for their alleged implication in acts of on-campus violence.

The expelled students, reported to be 94 by state-run Al-Ahram, can appeal their expulsion within the university’s disciplinary committee as well as in court, said Cairo University Chairman Gaber Nassar.

Nassar told the Daily News Egypt that most of the expelled students have been referred to the prosecution on charges ranging from vandalism to torching and attacking institutions and people within the university.

Students Against the Coup (SAC), a student movement which was founded at the start of the past academic year to protest the military ouster of former Islamist President Mohamed Morsi last July, has been organising pro-Morsi protests throughout the year. Protests often devolve into clashes with security forces, sometimes leaving behind injuries and deaths.

A SAC member within Cairo University who preferred to remain anonymous denied that any of the expelled students have been implicated in on-campus violence.

“Student activism within Cairo University has always been peaceful,” the SAC member said, describing the accusations levelled against the expelled students as “false”. He claimed that the expulsion decisions have been taken without investigating into the incidents which triggered the expulsions.

The SAC member said that only 28 students have received official expulsion letters from their faculties. “The rest, almost 90 students, were verbally told they have been expelled and their test results were withheld accordingly,” he said, adding that only some of the expelled students are SAC members, while the rest have nothing to do with the student movement.

The Association for the Freedom of Thought and Expression’s (AFTE) Student Observatory reported two weeks ago that 370 students have been expelled from 10 public universities last year. The observatory is an independent group that monitors the political climate on university campuses.

According to observatory figures, 257 students were expelled from Al-Azhar University alone. The observatory only reported six expulsions at Cairo University.

At least 16 students have been killed during on-campus violence throughout the past academic year, including 6 in Cairo University, according to the observatory.

The Supreme Council of Universities signed in February a protocol with the Ministry of Interior to secure university campuses. The protocol authorised security forces to be present outside universities and only interfere on campuses with the permission of university chairmen.

Until 2010, the Ministry of Interior was responsible for providing Homeland Security personnel to secure universities. The Supreme Administrative Court banned this decision, establishing “administrative” university security. The decision came into effect after the January 2011 uprising.