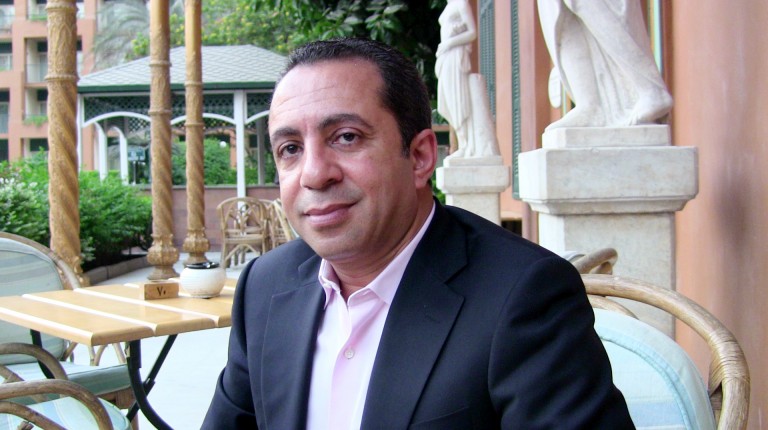 How do you view the sector’s status this year?

I am optimistic about an upswing in air traffic in the near future thanks to the new political environment in which we work, as well as the improved political circumstances in light of the election of President Abdel Fattah Al-Sisi. His platform touches on the issue of developing airport infrastructure and includes plans to establish eight new airports.

The return of tourism traffic will be another element helping to increase travel on private aircraft this year as compared to last year, where tourism decreased by 30% in comparison to 2012.

Losses incurred by private airline companies exceeded $150m last year, but we must emphasise that these companies brought profits before 2011 and the circumstances currently experienced in Egypt are exceptional.

What is your optimism for the future based on?

Private airline companies are optimistic about changing political circumstances as I told you, in addition to former President Adly Mansour having issued a publication outlining the necessity of signing the Cape Town Convention and the positive effects this will have on aircraft and traffic.

If the aircraft charter companies default, the state impounds the aircraft until the parent company pays fees. This has decreased the confidence of global airlines in Egypt’s aviation sector.

On one occasion the state impounded a plane, and the parent company was forced to repay $5m on behalf of the charter company.

These conditions include a requirement to draw up a financial statement for the specific value of transport traffic gains while avoiding harming the confidence of aircraft manufacturers in Egypt.

There are other effects [of this convention], including a lower interest rates and the financial facilities that we receive.

What about the fuel payment crisis and using EGP instead of USD?

We ask that fuel oil payments to the Egyptian General Petroleum Corporation be handled in EGP and not USD, as the companies sell their tickets in EGP.

Banks are not able to obtain dollars in light of the Central Bank policy that the dollar is given priority for providing basic materials like food and production tools. This forces companies to obtain dollars on the black market at prices that depend on supply and demand, and as a result, companies become vulnerable to theft.

There are more than 10 companies that own and manage approximately 35 aircrafts and consume approximately $300-400m worth of fuel per year. Shifting to a policy of using EGP will help these companies avoid losing money due to the exchange rate

We will ask the Ministry of Civil Aviation to work with the Ministry of Petroleum in order to make EGP the currency used consistently and not just during times of crisis.

Relations between the Ministry of Civil Aviation and Private Aviation are proceeding according to the system of integration. The current minister differs from his predecessors, as he is not a minister of the national carrier, EgyptAir. Therefore, a committee convenes monthly to discuss cooperation between EgyptAir and Private Aviation.

Work will be done in the next stage.

In your capacity as head of Private Aviation, how do you rate EgyptAir?

EgyptAir is one of the first international airlines and should not be in the state that it is.  It must begin by clarifying the laws and regulations that govern the company, consider its financial statements and develop a strategy to compensate for its losses.

Do you believe that in the process of restructuring, EgyptAir will let go of some of its employees?

We have to be very realistic and give credibility to EgyptAir, which has 81 aircrafts and employs about 35,000 employees at the moment. This means that about 432 employees work on each aircraft, while international companies employ 220 employees for each aircraft.

This does not mean that the company will lay off its employees. Instead, it means that the weaknesses of the company are known, but could prove to be a source of strength in the upcoming period.

EgyptAir must work aggressively towards expanding its fleet and reaching new markets so that labour on each plane is used effectively. Perhaps this labour can even be increased in the future, in light of growth in the passenger traffic in its routes.

But EgyptAir is facing financial problems that could hinder plans to expand its fleet.

EgyptAir can overcome these problems if the state starts taking advantage of its strong ties with friendly countries—especially Kuwait, the United Arab Emirates and Saudi Arabia—which could provide securities for the international airline to increase the fleet.

This calls for EgyptAir to open a channel of communication with major international companies to begin expanding its fleet.

It would possibly require instituting a policy of partnering with certain airports in the Gulf, such as Dubai, Riyadh, Jeddah, and Abu Dhabi airports.

Should Private Aviation help EgyptAir in these circumstances?

We already provide services to EgyptAir through our system of integration, by running joint routes to areas that are not accessed by other alliances. This is what would give EgyptAir its strength: a private airline could take the passenger from an African country to Cairo, and thereafter EgyptAir could complete the passenger’s trip by taking him from Cairo to his final destination, ultimately turning the Cairo airport into a hub.

EgyptAir also has old aircrafts that the private sector can rent.

Do take-off and landing fees need to be cut in order to provide stimulus for Private Aviation in the coming period?

The former Minister of Aviation has already cut fees by about 50%. Egypt, as you can see now, is in need of support and we should not ask any more from the state.

Private aviation has demanded the liberalisation of the skies of Cairo – what conclusions have been reached about this so far?

Nothing has happened yet. We will continue demanding the liberalization of the skies at the Cairo airport until these demands are met. This would mean 6 million tourists entering Cairo each year.

These tourists would fill more than 30,000 hotel rooms.

But the Ministry of Aviation says that an “Open Skies Policy” for tourist airports cannot be applied in Cairo.

This can be responded to by providing an example of the Moroccan experience, as Morocco has benefited from the liberalisation of the skies. The problem can be overcome with the establishment of a civilian airport for low-cost carriers or air freight in 6th of October City located in the west of Cairo.

This airport will serve the Delta region and Upper Egypt, and will be beneficial because it is close to the location of the Grand Egyptian Museum, which is expected to open in 2015.